The Red Comet shall rise for one last battle.

The site also updated with a new key visual, which you can check out below: 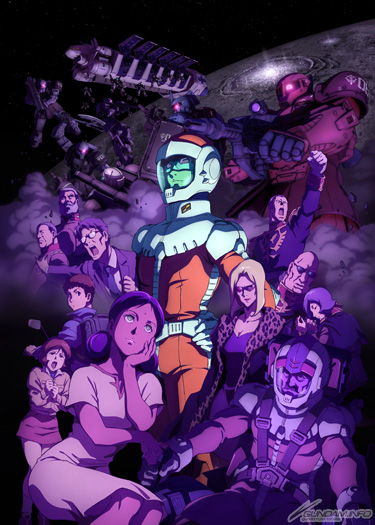 Mobile Suit Gundam: The Origin IV will end the current “Char & Sayla” arc of the series. Amuro Ray and Lalah Sune will appear in the episode, which covers the first-ever Mobile Suit battle, as well as the development of the MS-04 and the RX-78 Gundam. After this episode, a new arc will kick off in 2017 that covers the Battle of Loum.

The feature open in Japanese theaters on November 19. Fifteen theaters will screen the OVA in a two-week engagement. Much like previous showings, fans will be able to buy a collector’s edition of the episode’s Blu-Ray release at the theater. A standard edition will ship to Japanese retailers on December 9.

Last month, the GundamInfo YouTube channel updated with both a dubbed and subtitled trailer for the episode, which you can check out below: