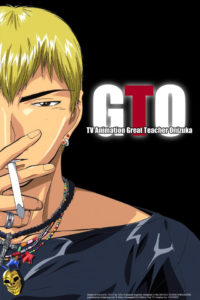 He is the coolest driver’s high!

Earlier today, Crunchyroll announced that they began streaming the English dub for Great Teacher Onizuka. The episodes are available in the following territories:

Premium subscribers can access the entire run of the series. Free members have access to the first 14 episodes, with new episodes slated to be added on a weekly basis. The entire series is available in subtitled format for both tiers.

Meet Eikichi Onizuka, a 22-year-old ex-biker and college karate champ. He’s crude, foul-mouthed, and has a hair-trigger temper. His goal: to be the greatest high school teacher in the world! Unfortunately, the only teaching job available is at Holy Forest Academy (no certification required). There he uses his street smarts to deal with colleagues and students alike.