Tags: editorial, end of the world, sekai no owari

It’s a concert that the world has yet to see, not the end of the world. 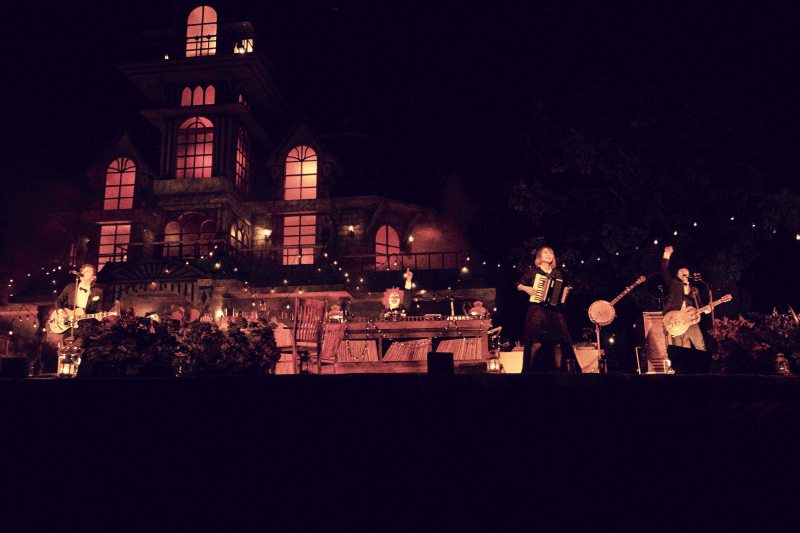 Actually, for End of the World (a.k.a Sekai no Owari), this concert may be the beginning of a whole new world. They will be making their US première at the Roxy in Los Angeles on August 17th.  Afterwards, the group will head east to Manhattan’s Bowery Ballroom for a show on August 23rd.

The members of End of the World (a.k.a Sekai no Owari), share an interesting, albeit somewhat tragic history. 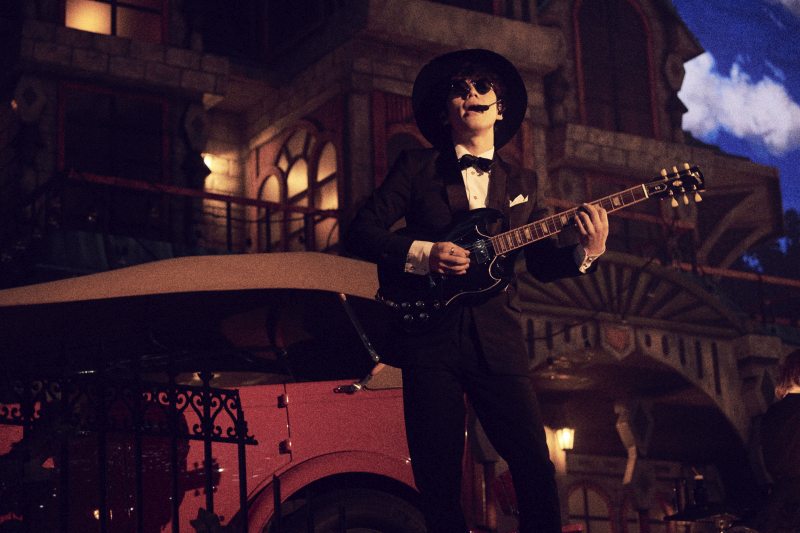 Primary School: Fukase and Saori befriend Nakajin. All three share a passion for music, and they form a cover band. Fukase is a vocalist, Saori a pianist, and Nakajin is a guitarist.

Age 17: Fukase takes a trip to the United States. He’s feeling off, and is diagnosed with a mental illness. He is prescribed medication to control it. This experience inspires Fukase to study to become a doctor.

Age 20: Fukase has been studying medicine while still playing in the cover band. One day, he opens one of his notebooks and has no memory of the words written there. He realizes he is suffering a mental breakdown and checks into a mental hospital.

Age 21: After a year of treatment, Fukase decides he is ready to return to music. He contacts Saori and Nakajin, and the three get the band back together. They decide to rent an underground garage and turn it into their music studio. It will later become an underground club known as club EARTH.

Date Unknown: Fukase runs into DJ LOVE. Fukase asks DJ LOVE to join the band. DJ LOVE agrees and is given the name DJ LOVE. That is not all he is given, as Saori and Nakajin insist that DJ LOVE take Fukase’s clown mask. The reasoning between the two is that it is hard to be a lead singer with a mask, but fairly easy to be a DJ with one. For example, Daft Punk and Deadmau5 have become known for their iconic headgear. 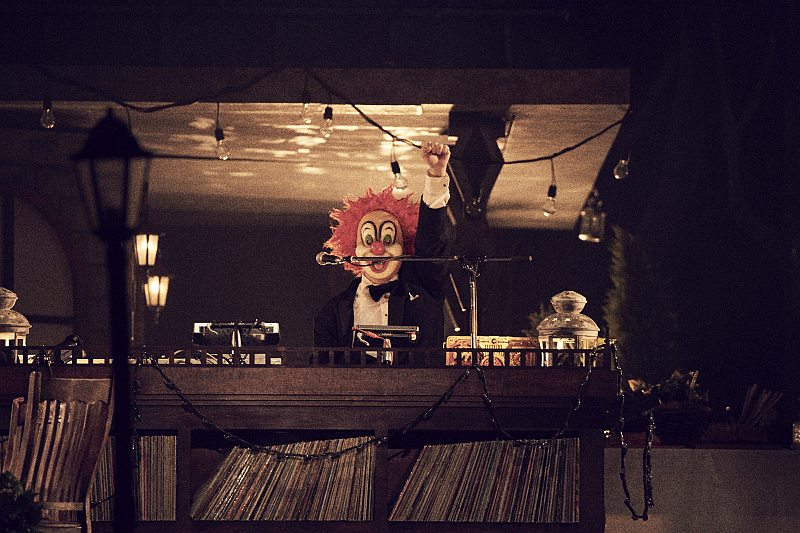 The four decide to name their new band SEKAI NO OWARI, which translates to end of the world in English, in honor of Fukase’s return from “The end of the world”. Playing in club EARTH allowed them to develop their skills. Club EARTH is a fairly intimate venue (~30 fan capacity), so each performance was a tight communal experience.

SEKAI NO OWARI played together from 2007-2009, and released their first album, EARTH, with independent label Lastrum in 2010. The success allowed the group to play Nippon Budokan in 2011, and they signed with Toy’s Factory.

Saori is in charge of designing their concert sets and choreography. I’m excited for what she has in store for New York. 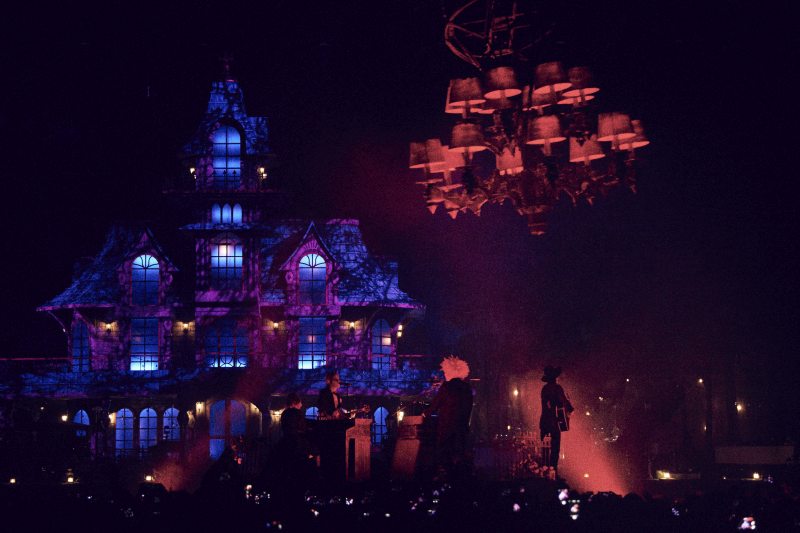 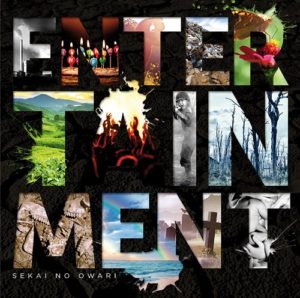 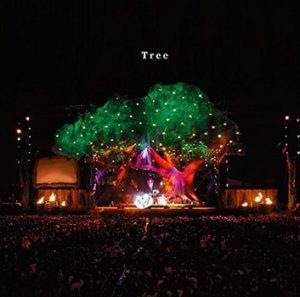 By the way, did I mention that the band has been living together at this time? That’s unusual, but not completely shocking for a group trying desperately to succeed. What blows my mind, though, is that even after all their success, the four still live together. They now own club EARTH, but thankfully no longer live there. In 2011 they moved into a home in Tokyo. Fukase offered a pretty good comment on the subject: 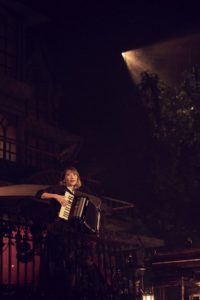 This is “a band that started a live music bar before they even started a band, a band without a drummer or a bassist, a band that does things all out of order.”

Fukase added, “There are no grudges in this crew and no one tries to stand out more than the others. All four of us are equal beings.”

Nakajin has a different perspective:

“It’s tough to make these guys happy. I get nervous when I send them my edits. The challenging part about my job is bringing the songs to the level that meets my own satisfaction. I always push myself to do better than before, and it’s so hard to exceed myself.”

Playing in America had been a goal for them for a while. Unfortunately, releasing songs in English isn’t easy for Japanese bands. From Fukase:

“English pronunciation was the most difficult and most obvious challenge. We thought it’d be impossible.”

Apparently not, as they’ll be releasing an album in English in 2017. I’m sure these tracks will make the cut:

They’ve released a trailer for the two upcoming concerts. Do not attempt to “Click here,” though. Just use the links at the beginning of the article:

I hope everyone has a great time at the shows, and that End of the World (a.k.a Sekai no Owari) enjoys their trip to America. 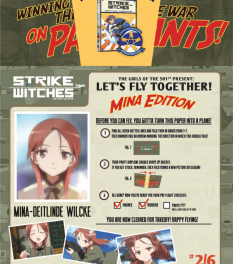