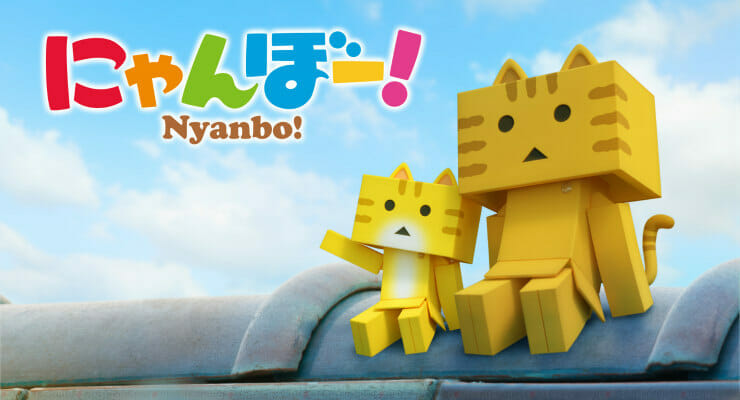 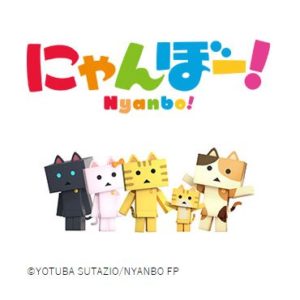 Get ready for the most adorable shipping containers ever!

Earlier today, NHK unveiled the main cast for its upcoming Nyanbo! anime series. The series will star the following:

Visuals for each character were also unveiled, which you can check out below:

Nyanbo! will hit Japanese TV on September 27. Each five-minute episode will air on NHK-E TV on Tuesdays, at both 6:40AM and 5:20PM as part of a larger anime block. 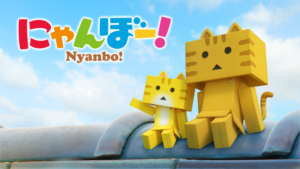 Nyambo! is a spinoff (of sorts) from Kiyohiko Azuma’s Yotsuba&! (Yotsubato!). Specifically, the show is based on the cat version of Yotsuba&!‘s “Danbo” cardboard robot. As of press time, NHK hasn’t unveiled a specific crew for the project, though studio Shirogumi Inc. (Antique Bakery, Stand By Me Doraemon) is producing the animation.

Since appearing in Yotsuba&!, Danbo has become a popular character in the merchandising realm. Battery chargers, figures, cameras, and other goods have been produced based on the character. Nyanbo, in particular, received a pair of 10-figure toy lines, which shipped in November 2015 and May 2016, respectively.