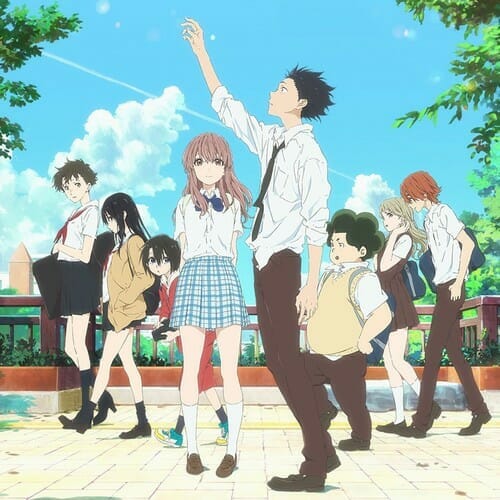 It’s always a really nice treat when we, as reporters, are able to say that we have a brand new trailer to show everyone for a highly anticipated new title. It’s an even more special treat when we get to say the words ‘extended trailer’ though which is what I’m getting to say to all of you today.

Earlier today, a brand new extended trailer for the upcoming movie from Kyoto Animation which will be adapting the manga, A Silent Voice (Koe no Katachi).

The movie is currently slated for release on Saturday, September 17th in Japan. The animation is being produced by Kyoto Animation and is being directed by Naoko Yamada (K-ON!, K-ON!!, Tamako Market) with a script written by Reiko Yoshida (Series Composition – AOKANA, Bakuman, Castle Town Dandelion). The background score is being composed by kensuke ushio (Ping Pong the Animation).

In terms of the voices which will be bringing these characters to life, the male lead of Shouya is being played by Miyu Irino (Jintan in AnoHana, Haku in Spirited Away) while the female lead, Shouko, is being played by Saori Hayami (Miho in Bakuman, Saki in Eden of the East, Emi in Your lie in April).

The manga that the movie is adapting, originally created by Yoshitoki Ouima, is currently being published in the US by Kodansha. While I haven’t read the original source material, I have heard that the subject material and how it is handled (particularly in the beginning) can be very hard to digest on an emotional level but by this point Kyoto Animation has proven time and time again that they can handle emotionally gripping stories so I have very few concerns about how this one is going to turn out.