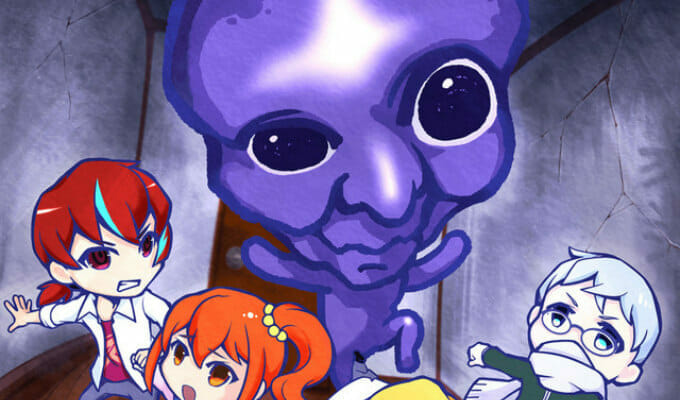 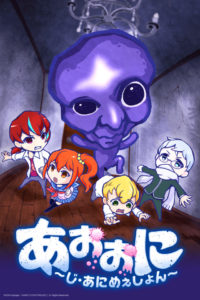 Before we begin, let it be known that we’re not talking about thread sealant.

Yesterday, Crunchyroll announced that they will stream Aooni The Blue Monster (Ao Oni: The Animation) as part of their Fall 2016 simulcast lineup. The series debut on Crunchyroll on October 2, at 3:15PM Eastern (12:15PM Pacific). The show will be available to subscribers in all regions outside of Asia.

Aooni The Blue Monster is a short-form series, based on noprops freeware horror RPG. The series is being helmed by Chisei Maeda at Studio DEEN, with Toshiro Hamamura serving as chief director. Kichi will provide character designs for the project, while Kanekoke takes charge of series composition.

On the outskirts of town stands an abandoned house where ghosts are rumored to appear. Hiroshi and his classmates Takuro, Takeshi, and Mika pay the house a visit, only to be attacked by a bizarre monster, the Blue Devil. Will Hiroshi and his friends succeed in answering riddles and escaping the house, or are they doomed to live hilarious lives forever with the Blue Devil in the haunted house?! The courage-testing life of these four friends begins with the Blue Devil who continues to entertain even after death.