Tags: acquisitions, delicious in dungeon, no game no life, yen press, your name.

It looks like Yen Press is gonna know your name come 2017.

Both Your Name. and Delicious in Dungeon are slated for May 2017 releases. 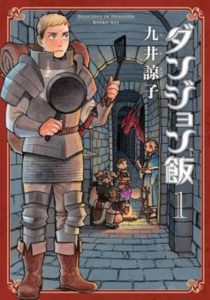 Delicious in Dungeon began publication in Enterbrain’s Harta magazine in February 2014. To date, three volumes have been released, with the most recent hitting stores on August 12.

Yen describes the title as:

What do you get when you cross dungeon adventures and food manga? You get Delicious in Dungeon, where we find our troupe of adventurers on a mission to save their lost team member while figuring out how to survive on the food that the dungeon provides. When young adventurer Laios and his company are attacked and soundly thrashed by a dragon deep in a dungeon, the party loses all its money and provisions. They’re eager to get right back to it, but there’s just one problem: if they set out with no food or coin to speak of, they’re sure to eat it on the way! But Laios comes up with a brilliant idea: “Let’s eat the monsters!” Slimes, basilisks, mimics, and even dragons…none are safe from the appetites of these dungeon-crawling gourmands! 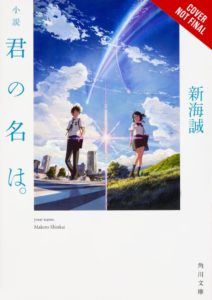 Your Name. is a novel by Makoto Shinkai, which inspired the hit 2016 anime film of the same name. The book was published by Kadokawa, and hit stores on June 18. As of September, the title sold through roughly 1,029,000 copies.

Yen Press also licensed the novel’s manga adaptation and spinoff novel Your Name. Another Side: Earthbound!. They describe the title as: 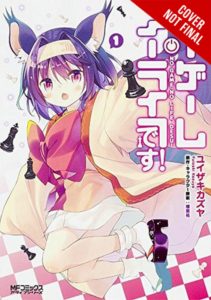 No Game No Life, Desu! is a spinoff from Yuu Kamiya’s No Game, No Life light novel series. The series, which began publication in Monthly Comic Alive‘s July 2015 issue, focuses on the daily life of Izuna Hatsuse.

To date, two collected volumes of No Game No Life, Desu! have been published, with the most recent hitting stores on August 23.

Source: Yen Press (Thanks to L.B. Bryant for the tip!)