Those mechanical arms are bulking up again.

Earlier today, animator Sae Okamoto announced that she’s adding new features to the final Mecha-Ude release. Okamoto, with studio Oort, will produce a full Behind the Scenes featurette that will be included with both the digital copy and Blu-Ray edition of the show.

For Premium backers, the crew will expand the companion art book to include a 50-page manga. 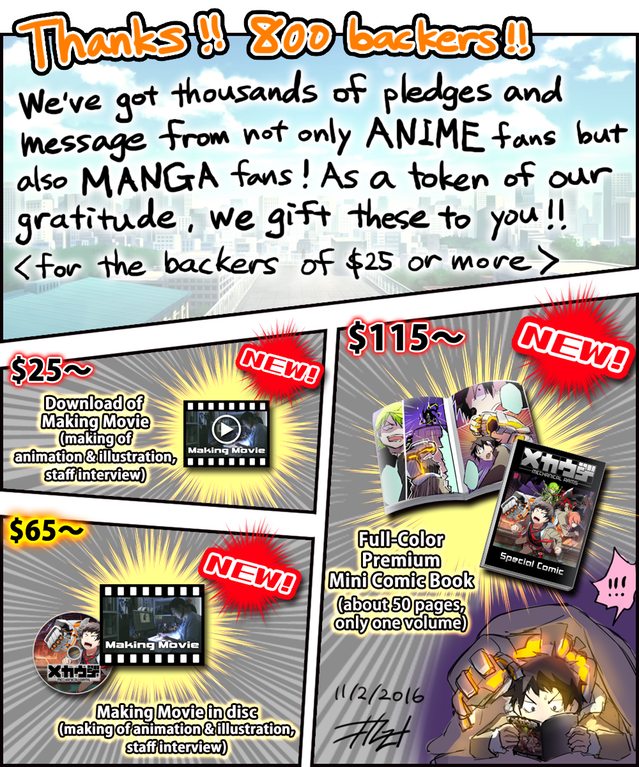 Two stretch goals are currently available on the project, with one hinted at post-$60,000. They include: