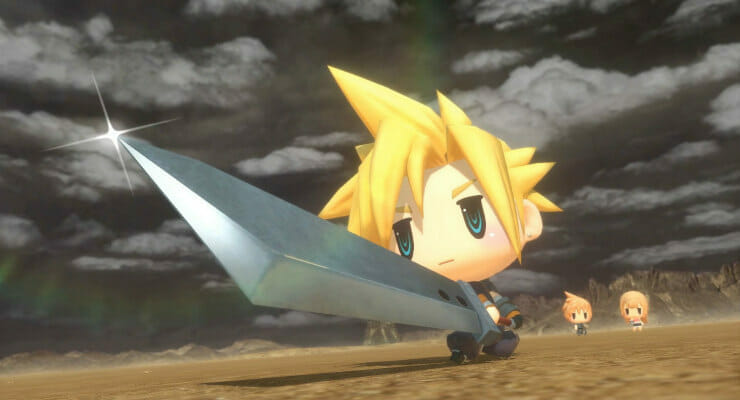 Happy Friday everyone, and welcome to our very first fun-filled week of Media Create sales! Halloween’s over, which means that it’s time for the sleeping giant that is “the holiday rush” to begin. We’ll start seeing big releases hitting regularly, and numbers will begin to inflate as we get closer to Christmas.

So before that begins, I’d like to warn everyone to take a step back and take a deep breath: This will be a temporary ride, which usually returns to normal baselines in the new year. It’s great to let the good times roll, but please keep in mind that upcoming spikes and jumps will be cyclical.

That said, let’s get things rolling! 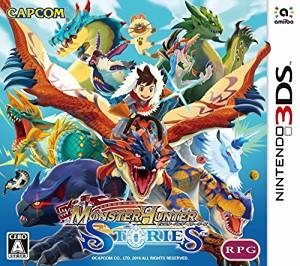 Nintendo took a beating in the charts this period, capturing a scant six spots in the top-20. The 3DS managed to claim four spaces, while the Wii U held onto two. No entries managed to hit the top-five this period.

Monster Hunter Stories took top billing this period, setting up camp at 10th place with 15,440 units sold (248,726 LTD). The title is on track to break a quarter million next week, which is strong for a spin-off title. Week-over-week, though, we saw an expected 40% decline. I’m not sure where this will finally settle, but at its current trajectory the title will be off the charts by December.

Meanwhile, Mario Party: Star Rush continues to lazily wander its way around the top-20 board. The title moved 14,177 units (40,650 LTD) to take 11th place. This is about a 46.45% decline from the first week, which is greatly beating the usual second-week drop of 75-85%. Granted, the overall performance is still not good – the game will struggle to reach 75K, let alone 100K at this pace.

Meanwhile, Kunio and the gang are beating down the bottom half of the charts. River City Ransom SP moved through 6,268 units to get a hearty “BARF!” at 14th place. This is below Downtown Nekketsu Jidaigeki’s opening sales of 9,444. All I can really say to the decline is is “BARF!” indeed.

Though Yo-Kai are everywhere, it looks like they didn’t have enough cloud to keep in the top-10 this period. Yo-Kai Watch 3 dropped to 15 this week, selling through 5,046 copies (1,296,887 LTD). The title is poised to cross the 1.3 million mark next sales period, so a huge “kudos” to Level-5 even in spite of the overall lower sales for Yo-kai Watch 2.

Meanwhile, it looks like Minecraft’s foundation took a slight shaking. The title saw a 12% decline in weekly sales, moving 4,845 units this period (161,481 LTD). The lower sales, along with the influx of new titles, saw the blocky builder drop down to 17th for the week.

The 3DS saw a strong performance this week, moving 25,660 units across all SKUs. The Wii U, on the other hand, well…

In US history, the Spanish-American war kicked off in 1898. The 10-week war was motivated partially by US economical interests (OK, heavily motivated – US enterprises took in 90% of Cuba’s exports at the time, including a lucrative sugar market), and partly by the Monroe Doctrine which stated that the United States would not tolerate efforts to expand their colonial holdings in the western hemisphere. This led to the Treaty of Paris, which granted Cuba its independence and ceded ownership of Puerto Rico, Guam, and the Philippines to the United States.

With 1898 Wii U consoles sold in Japan, I’m sure a few Nintendo employees are looking for own miracle in ten weeks. 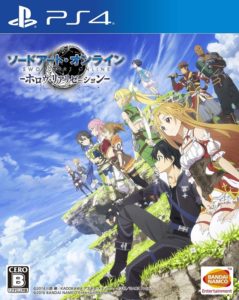 The PlayStation family dominated the charts this week, taking up 14 spots and filling 90% of the top-10. Both the PS4 and Vita took seven spots this period.

Leading the path is Kirito and Asuna, as they continue their search for The Plot^TM. Sword Art Online: Hollow Realization (PS4) took the top spot this period, selling through 70,871 units in its opening week. The Vita version was close behind, enjoying second place with 69,648 sales. Combined, the two SKUs moved 140,519 units. This is roughly on par with SAO: Hollow Fragment, which opened with 145,029 units in 2014. Sales are far below last year’s SAO: Lost Song, though, which managed to move 194,388 on the Vita and PS3.

For those who don’t want to join the fun in Ainground, fans found plenty of fun times running with the chocobos. World of Final Fantasy (PS4) hit the charts with a meteo-sized impact, selling through 53,176 copies to take third place. The Vita SKU kept close by, taking 4th place with 47,159 units sold. Combined, the two SKUs shifted 100,335 units. Overall, this can be seen as “meh.” It’s a decent opening overall, but far below Final Fantasy Explorers (3DS), which moved over 160,000 copies in its first week.

Outside of the RPG realm, fans continue to clamor for EA’s WW1-themed shoot-bang. Battlefield 1 dropped to fifth place this period, selling through 46,548 units (159,629 LTD). This is a much smaller drop than expected, with the title seeiing just under 60% in weekly declines. We may see some legs sprout on this title, though it’s a bit too early to call.

Alas, it looks like Guts’s journey is destined to fail. The PS4 version of Berserk Warriors debuted at 6th place with 28,169 units sold. the Vita edition barely clawed its way to 12th place with 10,091 sales. Combined, the two SKUs moved 38,260 copies. In the words of Fist of the North Star’s Kenshiro (who also starred in his own “Warriors” game series), “You are already dead.”

Speaking of disappointing launches, Titanfall 2 stumbled into 7th place this period, moving a scant 21,443 copies. This is above the original’s sales (19,439), but we’re competing with an XBox Exclusive. That has to be a bit disappointing for the folks at EA. Of course… whose bright idea was it to release Titanfall just a week after Battlefield? But I digress… 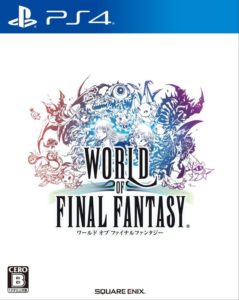 Vita fans got a chance to catch up with the comedic adventures of a pair of loners this week. Yahari Game Demo Ore no Seishun Love-Kome wa Machigatteiru. Zoku, which is based on light novel/anime series My Teen Romantic Comedy SNAFU, managed to charm its way into the top-10 with 19,269 sales and an 8th place finish. This is up from the 2013 original’s release, so kudos to 5pb.

Meanwhile, PS4 owners got a chance to take a trip through the world of organized crime, old-timey slang, and casual racism. Mafia III quietly stepped into this week’s charts, selling through 15,838 copies to take 9th place.

Down in the bottom quarter, the delinquents have taken over. Crows: Burning Edge, a PS4 action game based on Hiroshi Takahashi’s manga “Crows”, shifted 9,574 units to claim 13th place. Expect this one to drop out quickly.

Sadly, the need for grand, global adventure (and spreadsheets) seems to be on the down-and-out. Vita title Neo Atlas 1469 sold through just 4,969 units to claim 16th place. All I can say is “Ouch.”

Sadly, though, Walkure seems to be losing their appeal already. Minmay and Sharon Apple they are not. Macross Δ Scramble plummeted to 20th place this period, selling through 3,960 units (28,567 LTD). It will most likely leave the charts next sales period.

The PS4 took top honors this week, selling through an impressive 30,375 units. The Vita sold just over a third of its more powerful brother, with 10,392 units reaching customers’ hands.

The PS3, on the other hand, is continuing its slow and dignified decline. the console shifted 610 units this sales period, down from 763 the week before.

It looks like the price drop bump is already receding a bit, as console sales dropped by 55.45%. But that said:

In the music world, the Gibson-335 was the world’s first commercially-available thinline archtop semi-acoustic electric guitar. The guitar, which was released in 1958 as part of Gibson’s ES (Electric Spanish) line, has been used by many famed guitarists including Eric Clapton, Robben Ford, and Noel Gallagher.

In console sales, 335 XBox One consoles sold is a bit of a downgrade, from Value Menu to Happy Meal status.