So, we’re about to learn a lot of names that’ll be appearing in Your Name.

Stephanie Sheh and Michael Sinterniklaas will serve as directors of the adaptation at NYAV Post. Clark Cheng is writing the film’s dub script. The remaining crew includes:

Anime Limited released a trailer to show off Your Name.‘s dub, which you can check out below:

Anime Limited will screen the film in both dubbed and subtitled formats later this month. Funimation will give the movie an Oscar-qualifying theatrical run in North America, which will take place from December 2 – 8 at Los Angeles’ Laemmle Music Hall.

Funimation will give the feature a wide theatrical release in the first quarter of 2017.

The film made its global theatrical début on July 3, at Anime Expo. Funimation announced that they licensed the movie at the convention.

As of Monday, Your Name. has grossed 16.41 billion yen ($157,180,896.92 USD) in ticket sales. It’s the first non-Ghibli theatrical film to break 10 billion yen in ticket sales. The feature is currently the fourth highest-grossing anime film in Japan, and the fifth grossing film period in the nation. The film is also the seventh highest-grossing film of all time in Japan.

The only anime films to surpass Your Name. in ticket sales are Spirited Away, Howl’s Moving Castle, and Princess Mononoke.

Source: All The Anime Blog 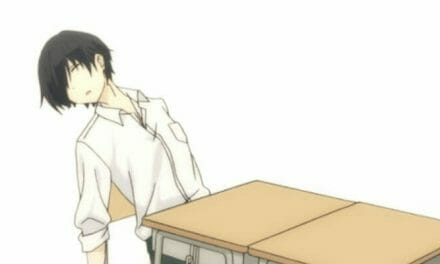