So, it looks like Gintama is too hot for prime-time TV.

Yesterday, the official Gintama anime website announced that the show’s upcoming series will hit TV on January 9, 2017. The show will air on TV Tokyo, TV Hokkaido, TV Aichi, TV Setouchi, and TVQ Kyushu on January 8. The series will technically air on January 9, at 1:35 AM. TV Osaka will carry the show a day later, on January 10 at 1:05 AM. 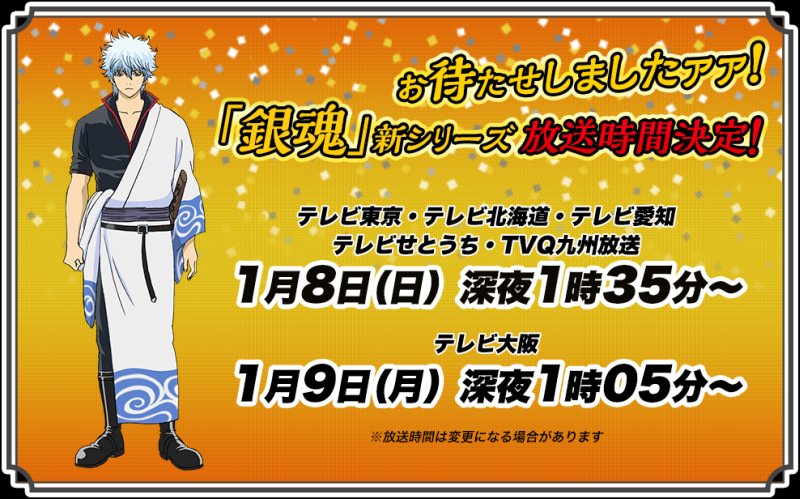 This is a change from previous Gintama titles, which aired in the 6:00PM slot on TV Tokyo and its affiliate stations. 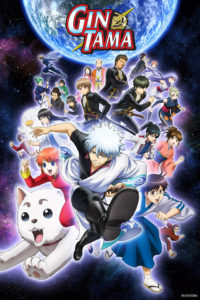