So, if a noise is made and nobody’s around to claim responsibility, does it still exist?

Of course it does! 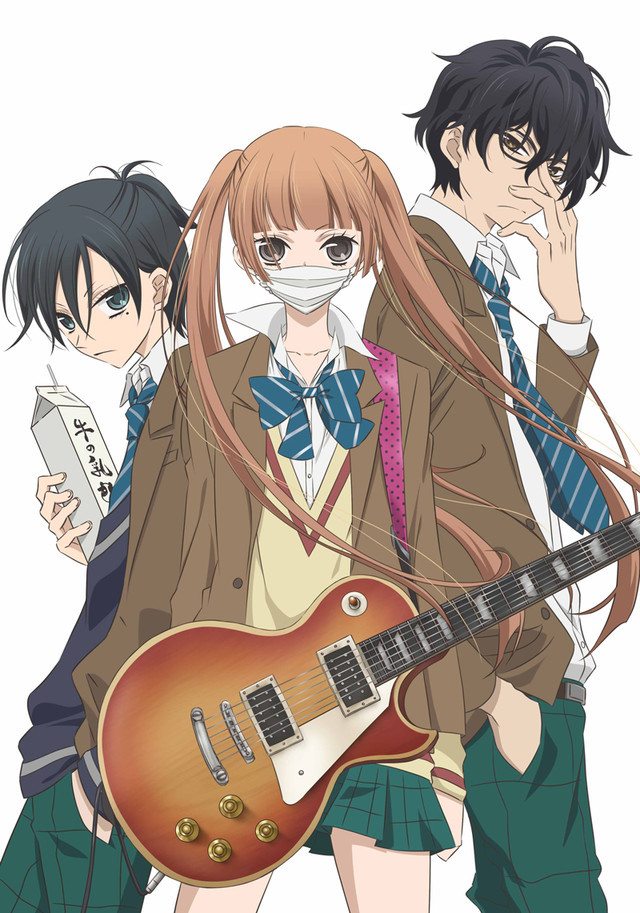 A girl who loves to sing, Nino Arisugawa experiences her first heart wrenching goodbye when her beloved childhood friend, Momo, moves away. And after Nino befriends Yuzu, a music composer, she experiences another sad parting! With music as their common ground and only outlet, how will unrequited love play out? Since both boys promised Nino that they will find her one day through her singing, she holds on to that hope and continues to reach out with her voice. Now in high school, Nino serendipitously reunites with Yuzu, but she yearns to see Momo again…
Viz Media will release the first volume in English in March 2017.