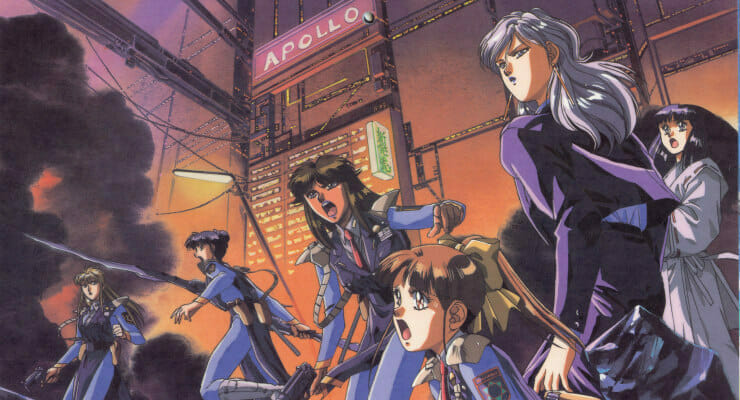 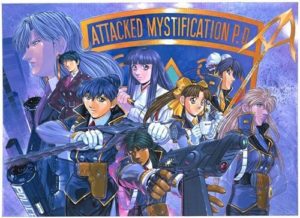 It’s time to take a trip back to a simpler time, when big collars and bigger eyes were all the rage.

Earlier today, production company Odd Entertainment opened the official website for their upcoming Silent Möbius stage play. The show will have a five-day engagement at Tokyo’s Theatre Sunmall, which will run from March 29 through April 2, 2017. Nine shows will be held during the run.

Tickets will go on sale on January 15, 2017, though pricing has yet to be announced.

The Silent Möbius will be based on Kia Asamiya’s manga of the same name. Hiroshi Hosokawa (Bantam Class Stage) is writing the script for the production, which will be directed by Ichidai Matsuda (Re-Kan! stage adaptation).

As of press time, specific roles have yet to be announced. Keren Iwata is a former member of idol unit AKB48.

Original creator Kia Asamiya was in charge of costume designs for the project. On to the artist’s Twitter account, though, he explained that “design” was a bit of a stretch, as he just made minor modifications for overall comfort.

Rough Translation: I wasn’t so important; I used the previous designs, but I just had to change a few elements to make acting in them easier. (^^) (^ ^;;)

Asamiya’s Silent Möbius? manga first appeared in the pages of Fujimi Shobo’s Comic Dragon in 1989. The series ran for ten years, ending in 1999, and spans twelve collected volumes. Udon Entertainment currently holds the rights to the title in North America.

Both films were produced by AIC. The first feature, which hit theaters in 1991, was directed by Kazuo Tomizawa (Usogui) with Kia Asamiya filling the roles of character designer, chief director, and storyboarder. Kei Shigema and Asamiya collaborated on the script.

Bandai Entertainment distributed both the Silent Möbius films and TV series in North America. The license has yet to be rescued since Bandai’s closure in 2012.