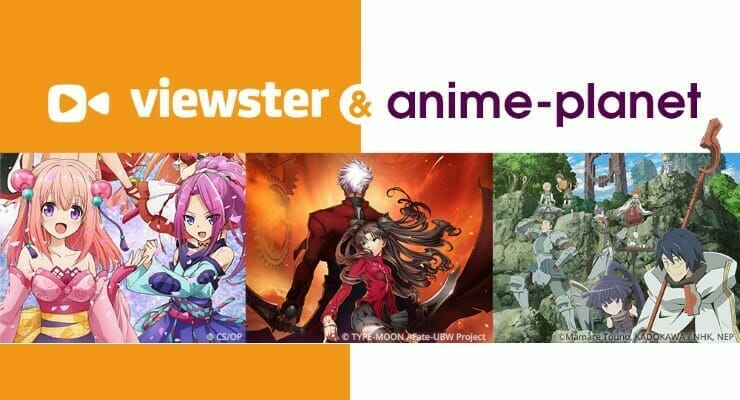 The Anime Planet just got a little bit bigger.

We’re delighted to work with Viewster to help feature their content with our user-base. Now, our European community especially will have access to many new and classic titles to stream legally on Anime-Planet.

Anime-Planet has played a leading role in the development of anime fandom in North America and worldwide […] We’re excited to partner with Anime-Planet to offer a unique and comprehensive anime experience, combining our curated selection of new and classic series with their authoritative database and active community.

Anime-Planet, who opened their doors in 2001, are the internet’s first “anime recommendation database.” The site allows users to make and receive recommendations on what to watch next. Furthermore, the site features over 50,000 legal streaming anime episodes, which is enabled through various industry partnerships.

Viewster is a digital video platform, based in Zürich, Switzerland. The service, which has been in operation since 2007, is a free platform that focuses on niche content. The platform offers numerous anime streams, and previously attempted to break into the subscription box service with the anime-centric “Omakase” service.