Under the light of the moon, the world takes on a hauntingly dark hue.

Last night, studio feel unveiled the first color character visual for Tsuki ga Kirei (The Moon Is Beautiful). The image is identical to the black and white piece that was circulating the web over the weekend: 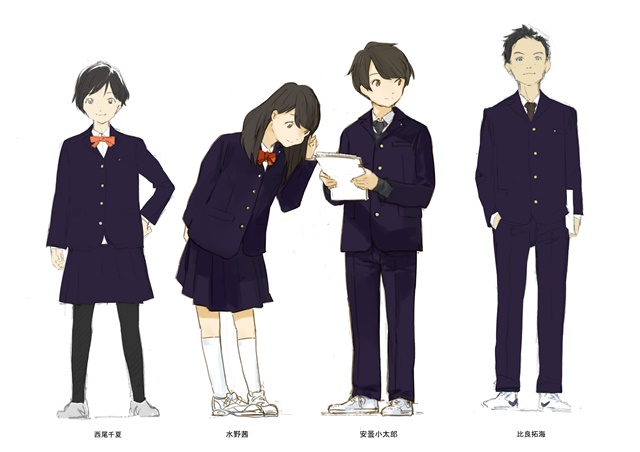 As they progress through their final year of junior high school, the group must overcome hardships to mature and realize the changes within themselves.