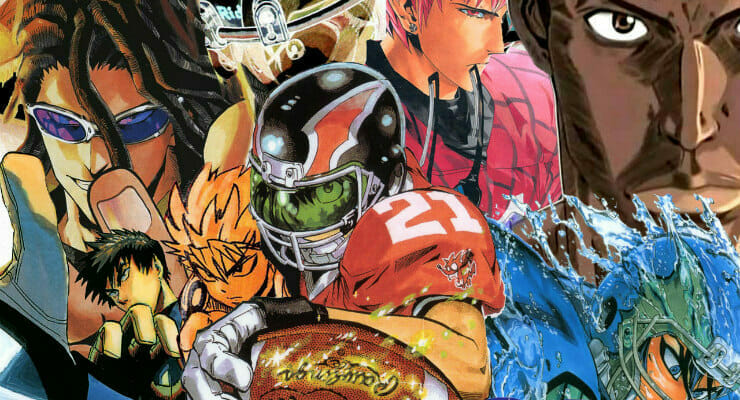 Happy Sunday everyone, and welcome to an all-new AniWeekly! Today, millions tuned in for the Big Game (legally we’re supposed to call it that because, well… long story) to watch American football, or just catch a few of the crazy commercials. But anyway, whether your team won or lost (or if you’re just happy to see the end of the NFL season for nine months), we’re here to bring you the latest happenings in the anime world!

Shall we dance? A new promotional video for Welcome to the Ballroom hit the web. The 30-second teaser offers a brief plot overview and a sample of Yuuki Hayashi’s soundtrack for the show.

It’s a hard-knock life, but not for Studio Ghibli! Studio Ghibli & Wild Bunch co-production The Red Turtle won this year’s Annie Award for “Best Animated Feature-Independent.” The film was up against Production I.G’s Miss Hokusai, Makoto Shinkai’s Your Name., Long Way North, and My Life As A Zucchini.

We are the nights who say “Ne!” Ne Ne Ne! Yen Press announced that they’ll publish chapters of Shizuku Totono and Daisuke Hagiwara’s Ne Ne Ne manga as they hit newsstands in Japan. The first four chapters will hit on February 10. 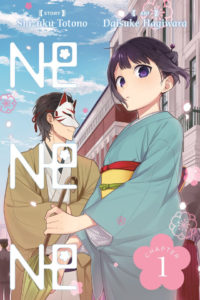 So, what’s the difference between a normal flower and a Witch’s Flower? At this year’s Berlin International Film Festival, Altitude Film Sales announced that they acquired the global rights to Mary and the Witch’s Flower. They will distribute the film in the UK, while Madman releases it in Australia and New Zealand.

The Okamoto’s… what, exactly? J-Rock group Okamoto’s will attend Anime Boston 2017 as Guests of Honor. The group is slated to play a show during the weekend.

TV party tonight! Crunchyroll is taking anime to the silver screen. The publisher, in a partnership with Screenvision and KAOS Connect, will host a series of seasonal events called “Anime Movie Night, Presented By Crunchyroll.” The first is slated for April 2017.

Shouting to every corner of the world. Shout! Factory acquired the theatrical, video on demand, digital, broadcast, and home video rights to 2016 anime film In This Corner of the World in the United States and Canada. A theatrical run for the flick is scheduled for this summer.

A winner is You…ri! Yuri!!! On ICE won Crunchyroll’s inaugural “Anime of the Year” award.

Of Monster Girls And… Diversity? Marina from Anime B & B published a short piece on Interviews With Monster Girls, and the way the show portrays its Demi (demi-human) characters. Particularly, she looks at lead character Takahashi, and how his worldview provides a lesson in embracing what makes us different, and finding the common ground we share in the real world.

Art of the adaptation. Atelier Emily is looking at Nichijou again. This time around, she’s specifically examining the work that went into the adaptation, and how bringing a work to TV often requires a different approach to achieve the same effects.

The changing chart culture. Justin from The OASG takes a look at the New York Times‘s decision to axe its bestseller list of comics, graphic novels, and manga. Specifically, he looks at the possibility of lost awareness as we move forward, with an avenue of visibility vanishing entirely.

While not explicitly anime-related, YouTuber Jaiden Animations published a short video last year, which recalls her experiences with a fellow named Misaki at Samurai Buyer.