Do you even pose, bro? Because this year, Anime Boston’s getting their epic displays on with their latest guest. 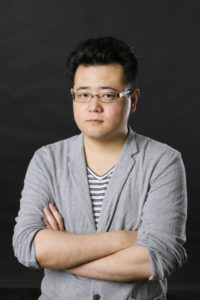 Anime Boston will be held at the Hynes Convention Center from March 31 – April 2.

Naokatsu Tsuda made his directorial debut on 2012 series Inu x Boku Secret Service, and has gained a cult following thanks to his work helming the Jojo’s Bizarre Adventure anime series. In the Summer 2016 season, Tsuda directed ONA series planetarian.

In addition to his directorial work, Tsuda’s served as a storyboard artist on titles like Ben-To and Squid Girl, as well as an Episode Director for titles that include Black Butler, Ristorante Paradiso, and Inazuma Eleven.

We’re honored to have Tsuda-san as a guest of Anime Boston. JoJo’s Bizarre Adventure is one of our favorites, and we very are excited about this rare chance to talk to the director!