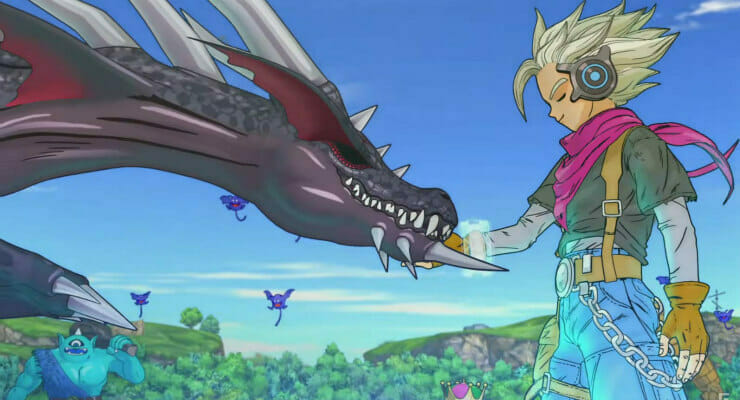 Happy Monday everyone, and welcome to an all-new week of Media Create sales! With hotly anticipated titles hitting on the 3DS and PS4 alike, we’re looking at a potentially exciting week all round.

But again, I’d like to note: We’re in February. Numbers are low because of this. We’re likely not going to see gigantic numbers until the Switch launch on March 3, because it introduces new hardware into the market.

Anyway, enough of that! It’s time to get to the numbers!

Note: Real talk time – I’d like to apologize for missing last week – I was a bit busy recovering from a cyber attack that took down the Herald. Standing up a new server, restoring backups, and generally trying to keep things together kind of killed any free time to get the piece done. For that, I apologize. 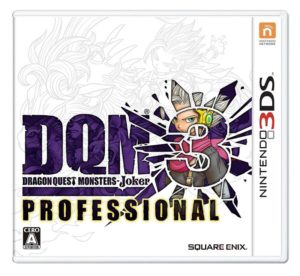 Titles on Nintendo platforms managed to capture nine spaces on the big board this week, with eight 3DS titles and a Wii U game.

For those in the mood for a different type of collectable monster battling experience, Pokémon Sun & Moon (3DS) continues to be an enticing buy. The title dipped to fifth place this period, with 16,477 units reaching customers (3,148,928 LTD). Combined with the sales of the double pack bundle, which sits at 157,492 last charting, we have total sales sitting at 3,306,420 total sales for the nation. As always: simply freaking fantastic.

Sadly, folks are already growing tired of Poochy. I guess they really wanted to go to the fireworks factory, after all! 3DS title Poochy & Yoshi’s Woolly World sold through 9,495 copies (79,976 LTD) to take sixth place. Jokes aside, the title is still performing decently and should definitely surpass the ~100K sales of the Wii U original.

On that note, I’d like to turn my attention to Super Mario Maker 3DS, which is still surprisingly resilient on the charts. Another 9,367 fans got their build on this week (962,071 LTD) to take a close 7th place. The title is still trending toward that million sales mark, with just 37,929 units left before it hits the milestone. I’m still pegging this for “end of March”, barring some craziness or a sudden sales collapse. Even if it doesn’t reach that sweet million, though, the fact that it’s reached this point as it is, being a 3DS adaptation of a popular Wii U title, is nothing sneeze at.

Not far behind, the Youkai keep swarming, and the adventures continue in Yo-Kai Watch 3: Sukiyaki (3DS). The title shifted another 8,583 units this period (662,339 LTD), which was enough to claim 8th place. And, last sales period, we saw the game cross 650K, which definitely deserves a nod of recognition.

Just outside the top ten, folks continue to do the things that make them happy, be it paying a mortgage or hunting bugs. Animal Crossing: New Leaf‘s Welcome amiibo SKU (3DS) shifted another 4,362 units (126,559 LTD) to take 11th place. I’m still amazed to see that the fourth re-release of this game continues to sell so well – to break 125K is nothing short of amazing. Kudos, Nintendo, for maintaining that addiction.

A bit further down the line, the great board game railroad continues to chug ahead. Well, kind of. 3DS title Momotaro Dentetsu 2017: Tachiagare Nippon!! managed to sell through another 3,732 copies (283,832 LTD) to take 15th place. Honestly, it does my heart good to see this revival standing with a decent degree of success – the market felt a little empty without that Momotetsu, you know?

Meanwhile, turnaround king Miitopia (3DS) managed to cling to its spot at 17th place this period, with another 3,087 copies (168,166 LTD) hitting customers’ hands. I’m not sure where this will rest, but given its absolutely atrocious opening, I can’t help but root for the title every week it clings to the charts for one more go-round.

At the bottom of the charts, the Wii U rises once again. Minecraft (Wii U) is back! Well, technically it came back last sales period, but… yeah. Aniwho, Mojang’s blocky builder shifted another 2,796 copies (288,878 LTD) to take 19th place. While I’d love to see this cross that 300K mark, something tells me that we won’t be seeing that in the top-20.

The 3DS took second place this period, with 25,787 handhelds sold. As for the Wii U… ehhh…

In networking, the 5-4-3 rule is a design network for Ethernet computer networks. Specifically, the rule states that in a collision domain (where packets can collide due to congestion), there should be at most 5 segments tied together with 4 repeaters, with 3 terminals at the end of each.

In the world of console sales, 543 Wii U consoles sold likely has Nintendo wishing they could repeat their glory days of the Wii. 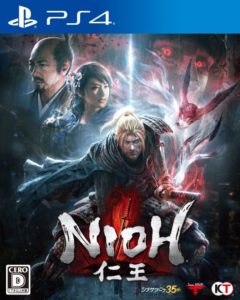 The PlayStation family managed to capture another eleven spots on the big board this time, with nine PS4 games and two Vita titles making the cut.

At the front of the pack was Nioh (PS4), Koei Tecmo’s newest hard-as-steel spectral samurai adventure. The title moved 75,477 copies in its début week, and we’re seeing reports of sell-outs in the marketplace. This bodes very well for the title, and I’m hopeful that we could see some real legs grow in the longer-term.

Meanwhile, Nep-Nep’s world continues to bring all the RPG boys to the yard. Yonmegami Online: Cyber Dimension Neptune (PS4) hit the market last sales period, selling through 43,508 copies in its opening week to claim third place. This is fantastic for the franchise, and one of the highest openings for a Neptunia title in recent memory. I foresee a bright, if short future for the title on the charts, and a definite 50K or more in the mid-term.

Just behind the world of Gamindustri, though, we’re seeing more and more gamers get welcomed to the family. PS4 title Resident Evil 7: biohazard lurched into 4th place, with 22,338 units reaching customers (262,309 LTD). We should see the game cross 300K by the time it exits the charts which, while low for a Resident Evil entry, is still decent overall.

That said, I have to continue to express some amazement that Grand Theft Auto V‘s (PS4) “New Price” discount SKU is still killing it. The crime-centric action title shifted another 5,686 units (271,628 LTD) to take 9th place. Again – this is a re-release – to see a re-release of a port of a three-and-a-half year old game is nothing short of breathtaking. I really want to see how high it can go, in light of the continued success. 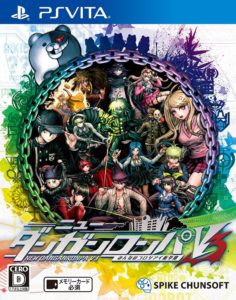 Not far behind was another title that I’ve been watching with some awe: Minecraft (Vita). The blocky builder shifted another 4,578 copies (1,106,077 LTD) to take 10th place. Honestly, I just want to see where this crazy train finally ends – it’s been fantastic to see it stand as a stalwart entry for the Vita.

With blocks and adventure out of the way, we can shift our attention to the courts. Danganronpa V3: Killing Harmony (Vita) managed to move anothe 4,178 copies (112,653 LTD) to take 12th place. With legs on the Vita version and a strong showing for the PS4 edition, I have to admit: Spike Chunsoft did well – very well – in building out their brand. I hope they can keep things going with their next endeavour, because I don’t see the publisher allowing the world to go without at least one more entry to the franchise.

Sadly, it looks like Kat’s coming back down to earth. Gravity Rush 2 (PS4) moved 3,953 units this period (102,630 LTD), plummeting down to 14th place. Still, if there’s a silver lining here, the game did break 100K, which is encouraging. I’m curious to see where this lands when the title finally exits the top-20.

On that note, Noctis and company are just lurching forward at this point, with Final Fantasy XV (PS4). The game moved a mere 3,755 copies this time around (936,304 LTD) to park at 14th place. I’m curious to see what Square Enix plans to do in order to regain interest for the upcoming character quests – maybe a “Game of the Year” bundle, or similar is in the cards? Maybe a special edition “Cup Noodle” version where you get to hunt the Cup Noodle boss of the delicious Cup Noodle dungeon to earn the coveted Cup Noodle armor? Cup Noodle! 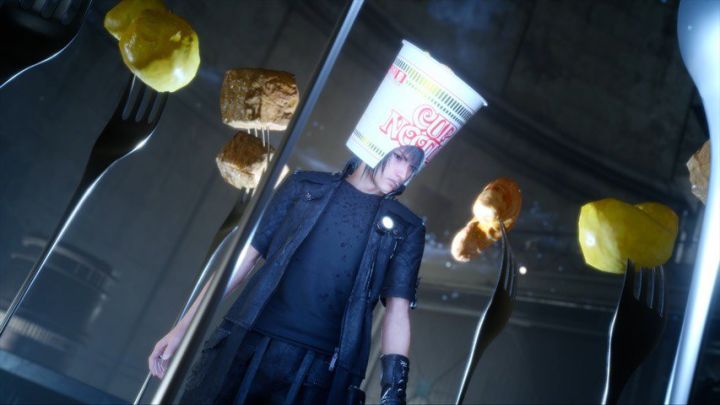 If Cup Noodle isn’t your thing, how about Disney? Kingdom Hearts HD II.8 Final Chapter Prologue Purple Monkey Dishwasher (PS4) sold through another 3,166 copies this period (181,216 LTD) to take 16th place. The title is on track to break 200K, but it might do so off-charts given the drops.

Sadly, folks can’t exactly “Believe it!” with Naruto anymore. Naruto Shippuden: Ultimate Ninja Storm 4 – Road to Boruto (PS4) plunged to 18th place this period, with just 2,841 units sold (12,045 LTD). The title will likely exit the charts before it breaks 15K at this rate, which is, well… I don’t want to say a failure, but the numbers kind of speak for themselves.

At the very rear, it looks like the boys are back for one more sortie. Battlefield 1 jumped back up to 20th place this period, with 2,527 copies reaching customers (261,179 LTD).

The Vita took third place, with 8,479 handhelds sold. Meanwhile, the PS3 continues to meander along, slowly down the road, shifting another 473 consoles along the way.

In the world of music, 112 is an American R&B quartet from Atlanta. The group’s had many hit singles, including “Only You,” “Anywhere,” and “Peaches and Cream.” In fact, in 2001, Peaches and Cream was nominated for a Grammy (though it ultimately didn’t win). They had one major Grammy win in 1997 for “Best Rap Performance by a Duo or Group” with their single “I’ll Be Missing You.”

In the world of Japanese console sales, with 112 XBox Ones sold, Microsoft is likely missing those glory days of December, when they were actually hitting four digits. 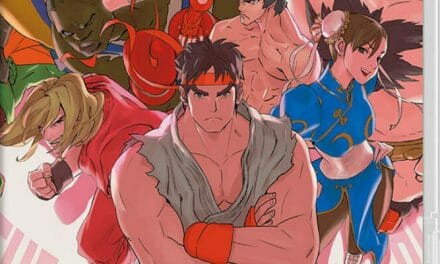 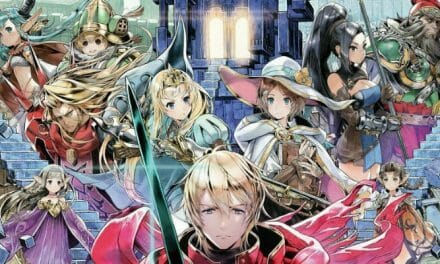