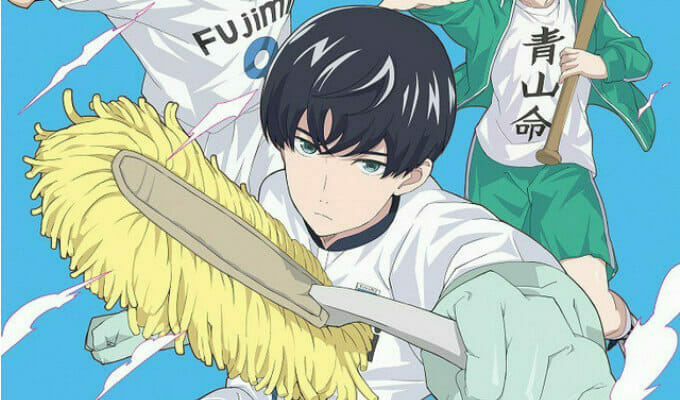 So, ah… apparently OCD is funny? I don’t get it.

Earlier today, the official Cleanliness Boy! Aoyama-kun (Kappeki Danshi! Aoyama-kun) anime website updated with a new key visual. The image features the series leads against a blue background. The titular Aoyama is front and center as he kicks a soccer ball and wields a duster. 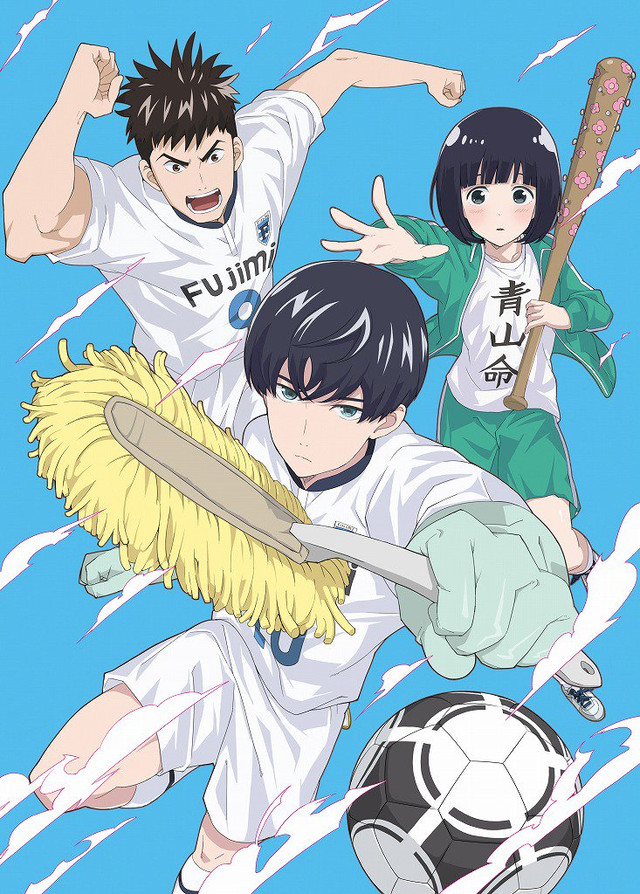 In addition, the site updated with the show’s main staff.

Cleanliness Boy! Aoyama-kun is based on Taku Sakamoto’s manga series of the same name. The series kicked off in the pages of Shueisha’s Weekly Young Jump magazine in 2014. To date, seven volumes have been produced, with the most recent hitting stores on February 17.

Cleanliness Boy! Aoyama-kun is a comedy, which reolves around handsome soccer player Aoyama. Though he’s a skilled player, Aoyama doesn’t tackle, nor does he head the ball – rather. If there’s a throw-in, he’ll only do it while wearing gloes Aoyama’s a clean player, which can get in the way of his performance on the field. And, as expected, hilarity ensues.