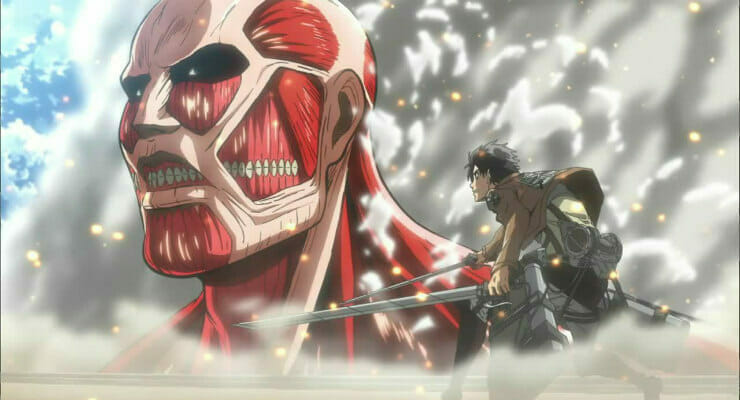 Soon, the wings of freedom will spread once again as the Survey Corps returns to theaters.

Earlier today, Funimation announced that they acquired the rights to the Attack on Titan compilation movies. The publisher will give both films theatrical runs at the end of March. 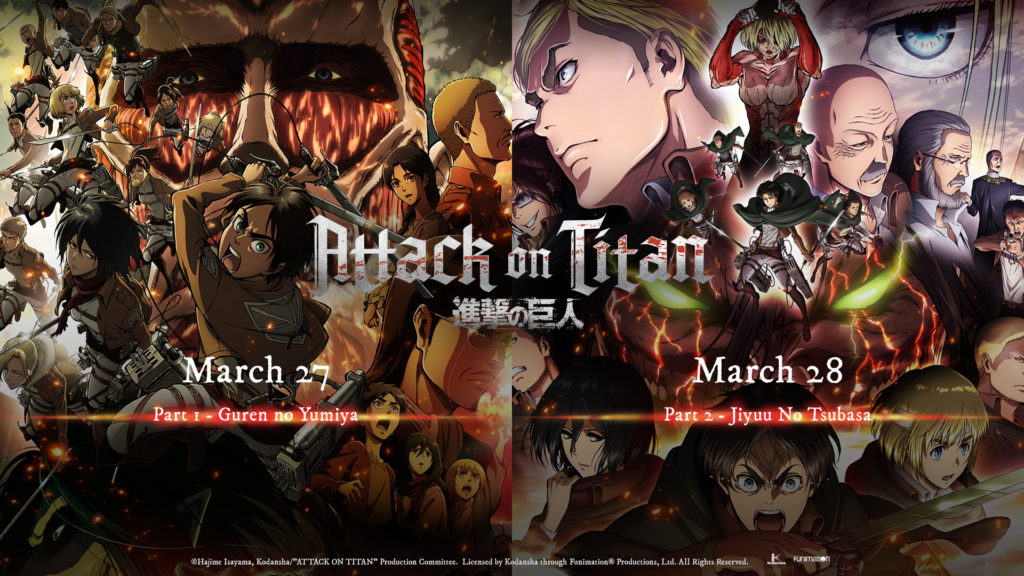 Funimation will screen the dubbed version of Attack on Titan Part 1 – Guren no Yumiya in a one-night showing on March 27. 19 Reading theaters and select Alamo Drafthouse locations will show the feature.

Attack on Titan Part 2 – Jiyuu no Tsubasa covers the second half of the original anime series. Tetsuro Araki also directed this feature, which saw Hiroyuki Sawano returning to score the soundtrack. The movie originally hit Japanese theaters on June 27, 2015.

Funimation will screen the dubbed version of the feature in a one-night showing, on either March 28 or 29 (depending on the theater). 19 Reading theaters and select Alamo Drafthouse locations will present the film.

Funimation also holds the rights to the show’s upcoming second season, which hits Japanese TV on April 1. The publisher will stream the show as part of their simulcast lineup.

A promo video for the new season hit the web in December. You can check it out below: