Polish up your skills, gamers. The world of Disboard awaits, and 『  』 are playing to win.

The 30-second teaser gives a brief overview of the film’s concept, and confirms a 2017 première.

The visual features lead characters Sora and Shiro, standing on a giant chess board, as various secondary characters linger in the background. Sora is holding out the Imanity Race Piece. 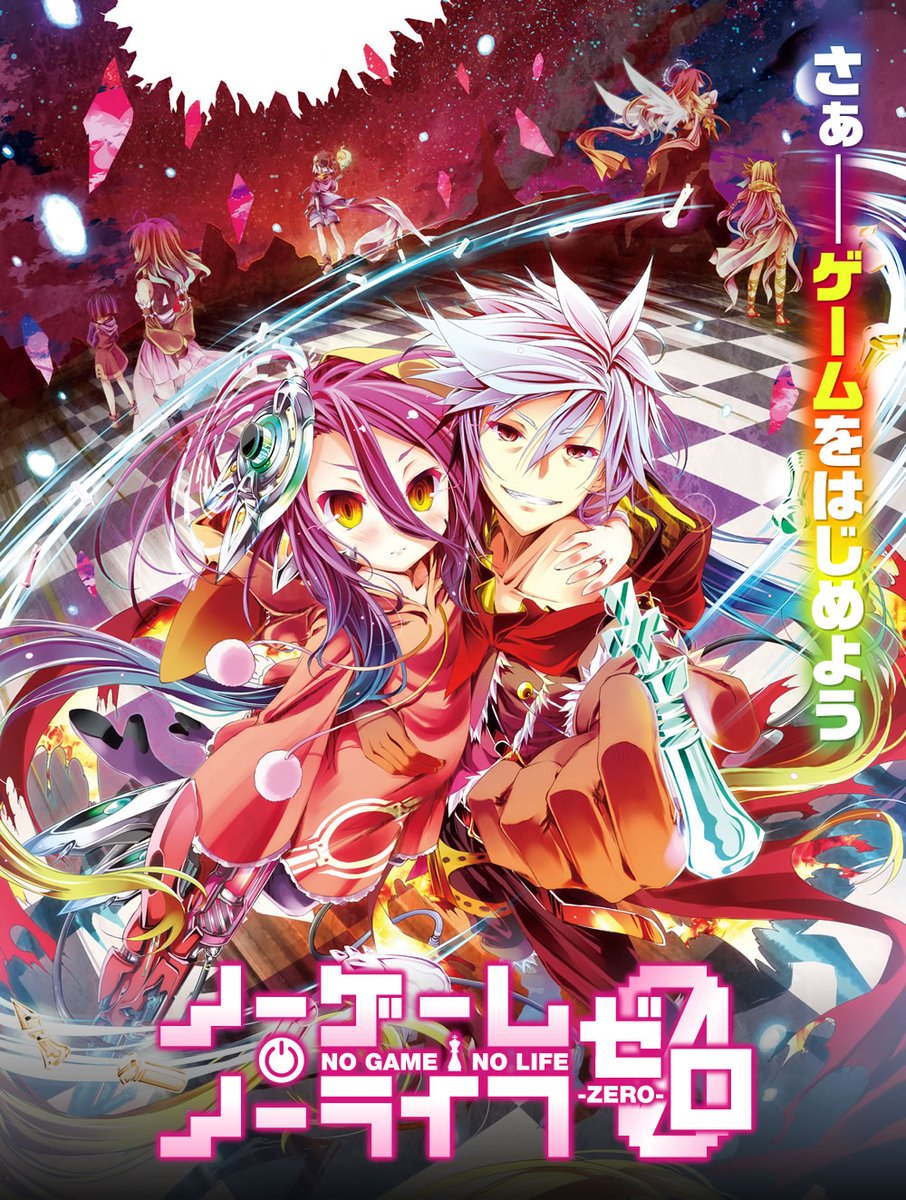 Furthermore, the first staff members attached to the project were officially unveiled. Atsuko Ishizuka (No Game, No Life, The Pet Girl of Sakurasou) will return to the director’s chair at Madhouse, with Jukki Hanada (Love Live!, KanColle) writing the film’s script. Satoshi Tazaki (Rideback, Final Fantasy: Legend of the Crystals) will design the film’s characters.

No Game, No Life: Zero will adapt the events of the sixth light novel.