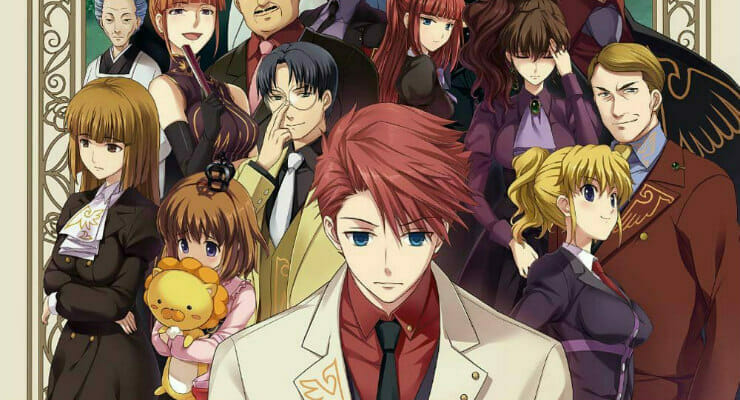 Fans have one more chance to grab this before the tears can flow.

In a recent email communication, retailer Right Stuf announced that NIS America ceased production on their Blu-Ray releases for Umineko: When They Cry. 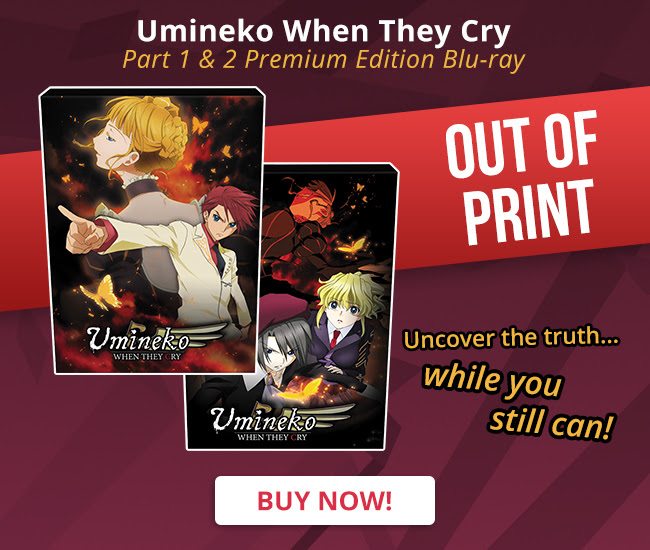 The retailer is currently selling off their remaining stock on the series:

Umineko: When They Cry is based on 07th Expansion’s visual novel of the same name. The show, which aired in the Summer 2009 broadcast season, was directed by Chiaki Kon (Higurashi no Naku Koroni Kai, Junjo Romantica) at Studio Deen. Yoko Kikuchi (Kuroko’s Basketball, Noir) provided character designs for the project, while Toshifumi Kawase (When They Cry – Higurashi, The Law of Ueki) took charge of series composition.

NIS America released the title on two Blu-Ray sets in North America in 2012. They describe the show as:

The affluent Ushiromiya family patriarch, Kinzo, is on his deathbed, and his family has assembled at their private island to discuss the division of his estate. As they bicker over their father’s immense inheritance, a typhoon closes in, trapping them on the island. They suddenly receive an eerie word of warning… and then, in the dead of night, the murders begin.

One by one, family members are discovered murdered in bizarre and inhuman ways. Some within the family turn to superstition, blaming it on a witch rumored to inhabit the island. But one of them – the young Battler Ushiromiya – refuses to accept the supernatural and vows to uncover the real killer behind the seemingly impossible slaughters. He soon finds himself confronted by the apparent witch, and enters into a life-or-death battle for the truth.