Whether you like Osomatsu, Jyushimatsu, Karamatsu, or any of the others, you’ll be in for a whole new season of laughs.

In addition, the official Mr. Osomatsu website with a visual that features the Matsuno Brothers in the dressing room: 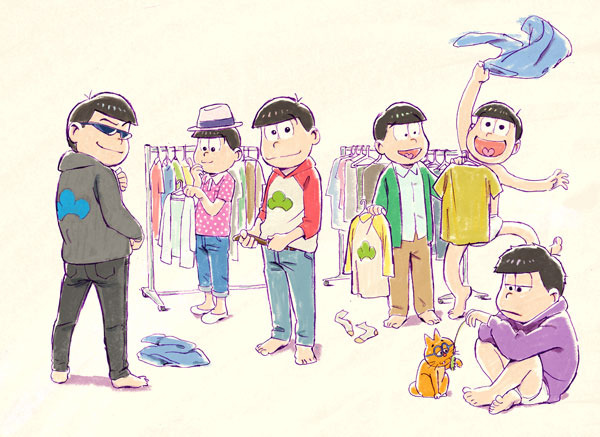 Last month, retailer Rakuten teased a presentation of the announcement for Mr. Osomatsu season 2 among the on-disc extras for the Mr. Osomatsu JRA Special 2016 Blu-Ray.