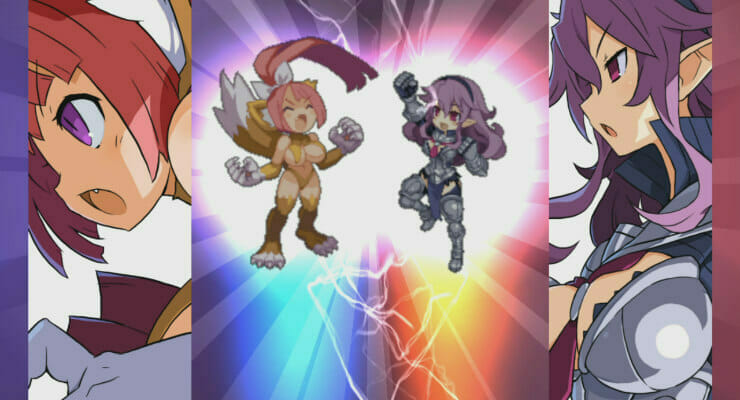 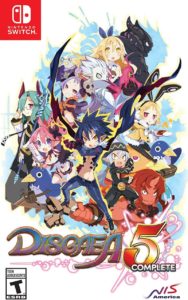 It looks like the Prinny Revolution’s hitting the Switch hard, dood!

Yamashita continued, explaining that, while France currently has more orders overall, the UK continues to be the most profitable market in the region.

In the home market, though, Disgaea 5 Complete was a sales bomb. The title, which launched with the Switch on March 3, managed to move fewer than 40,000 copies in the land of the rising sun.

His full comments on the situation are below:

The best country in Europe is France because the country has been booming up with the Japanese culture for over last decade. Another key factor of performing well in France is Disgaea 5 Complete’s support for French text.

US has a larger JRPG fan base than any other country outside of Japan. Disgaea is one of the well-recognised JRPGs among such US communities. The era is over for [Japanese games companies] to just rely on the Japanese market.

The Japanese video game market is getting smaller. If you look at the recent Tokyo Game Show, you do not feel the momentum that it used to have until five years ago. The Japanese video game market share might be now less than 30 per cent of the world, while I think the western market share accounts for around 70 per cent. Therefore, Japanese games companies need to focus more on the Western market to expand their game business.

Disgaea 5 Complete hits North American retaielrs on May 23. The title will launch in Europe a few days later, on May 26. The title will include all DLC that was sold alongside the PS4 version.

To promote the release, NIS America released an English demo on the North American eShop today.

Disgaea 5: Alliance of Vengeance was originally developed for Sony’s PlayStation 4. The title, which hit Japanese retailers on March 25, 2015, sold 22,725 in its opening week. The title shipped in North America seven months later, on October 6, 2015.

Disgaea®5 Complete tells a tale of revenge and rebellion. As a new and terrible Overlord named Void Dark seeks to enslave the countless Netherworlds, one young demon has stood to end his reign—Killia. In Disgaea®5 Complete, lead Killia and his tenacious army of rebels on their dark and dangerous path to vengeance. Filled with more over-the-top action and hilarious writing than ever before, Disgaea®5 Complete’s damage numbers are surely headed for the record books.

In addition to the standard edition, NIS America is selling a limited edition through their online store. The $89.99 limited edition contains a soundtrack, an artbook, a lapel pin set, a clip-on rubber Prinny, and two posters. As of press time, at least 99 copies remain. 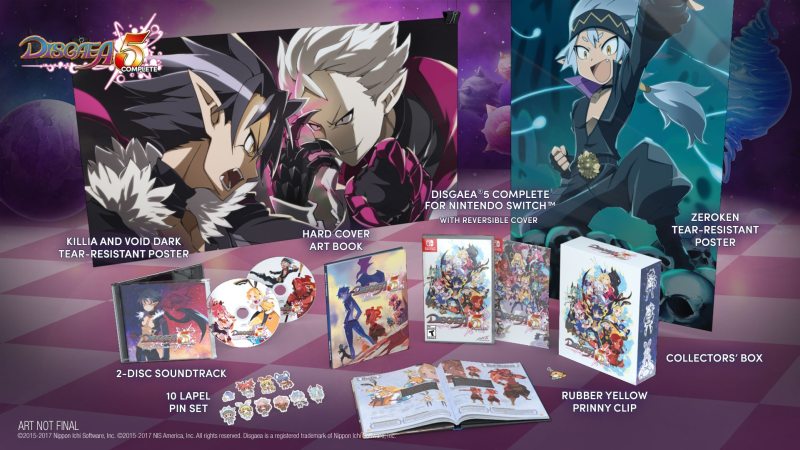 NIS America is streaming an overview trailer for Disgaea 5 Complete, which you can check out below: 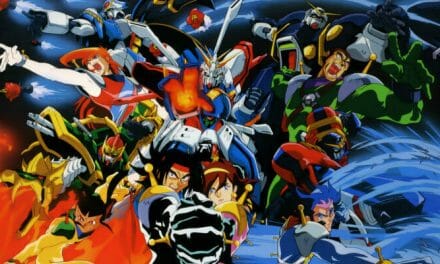