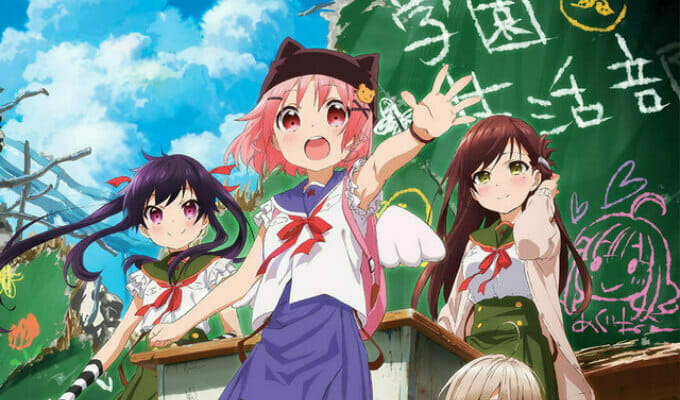 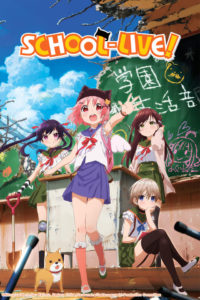 It’s kind of like a slice of life show… with zombies. And darkness. Lots and lots of darkness.

Shannon Reed is directing the adaptation, which features scripts by Katelyn Barr and David Wald.

To promote the news, Sentai released four dub teasers for the show, each highlighting one of the main characters. You can check these out below:

Sentai Filmworks will release School-Live! on June 27. The series will ship on DVD and Blu-Ray, as well as a deluxe Premium Edition. 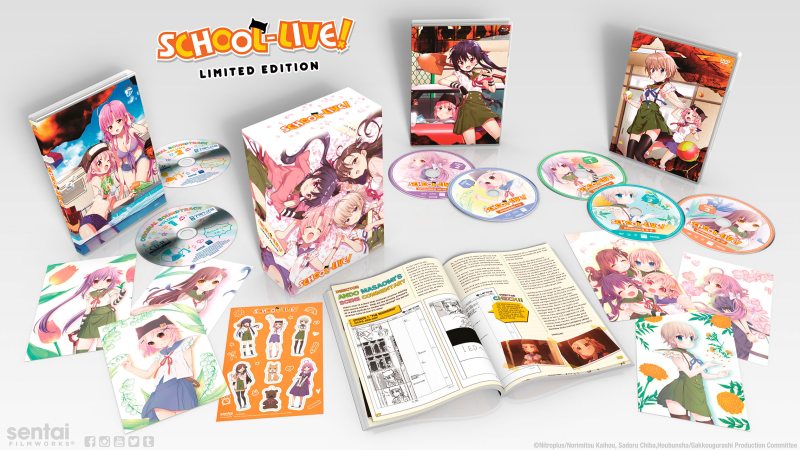 Crunchyroll streamed the show on their digital platform as it aired. Sentai Filmworks describes School-Live! as:

Why would anyone form a School Living Club? Could four girls, their advisor, and a puppy really love their school so much that they’d want to live in it? Or is there another reason, something that lurks behind the façade of their comfortable existence? Something that waits outside their school’s doors. Something that has already robbed one girl of her sanity? While the others try to come to grips with a dark new reality, the rest of the world falls to ruin at the hands of a ravenous force, and insanity may be the last hope for survival. Shocks, heartbreak and stunning revelations await as the as the twisted tale unfolds in SCHOOL-LIVE!