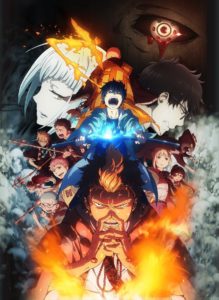 I honestly can’t say that I saw this coming.

Yesterday, Aniplex of America announced that they will stream Blue Exorcist: Kyoto Saga‘s English dub exclusively on Hulu. As of press time, a première date has yet to be announced.

Alex Von David is directing the adaptation and writing the scripts. Aniplex unveiled the dub at Sakura-Con this year.