This could be very good, or very bad. I’m not sure if there will be a middle ground.

Earlier today, an official website opened to announce that Hanamaluo’s Skirt no Naka wa Kedamono Deshita. (There Was a Beast Inside the Skirt.) will receive an anime adaptation. The site features a few visuals, as well as a 30-second teaser trailer.

A visual was also released, which depicts leads Ryō and Shizuka in a romantic embrace. 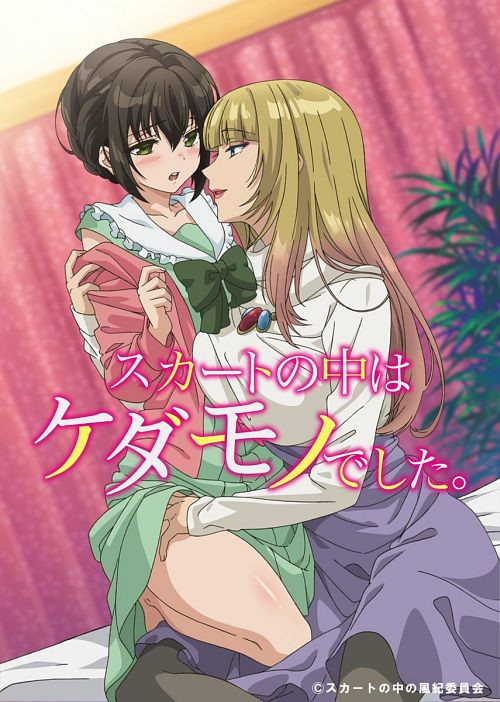 Skirt no Naka wa Kedamono Deshita. will premiere on Tokyo MX on July 2. An uncut adults-only version will be offered on the ComicFesta Anime Zone streaming platform.

A joint screening event for the title and Sōryo to Majiwaru Shikiyoku no Yoru ni will be held on July 1. The show’s first episode will be shown, and a talk show will be held.

Character visuals for the four major cast members were also unveiled, which you can check out below:

Skirt no Naka wa Kedamono Deshita. revolves around Shizuka Kominami, an introverted college student. Shizuka attends a local mixer, but she finds herself unable to really get comfortable in the situation. This quickly changes when a beautiful older woman named Ryō starts talking to her. The two hit it off, and Shizuka opts to spend the evening at Ryō’s place. The situation quickly changes when Ryō kisses Shizuka out of the blue, and pushes her down. Shizuka quickly assumes that Ryō is a lesbian, but quickly discovers that she’s actually a man cross-dressing as a woman.
man.