Come on, everyone! Let’s give this a pow-pow Parn!

Earlier today, an official website for the Record of Grancrest War (Grancrest Senki) anime series opened its doors. The website includes a listing of several cast and crew members, a key visual, and a broadcast window.

The visual was drawn by Miyuu, who also illustrated the original light novels. The image features the major characters standing on a sunlit plain. 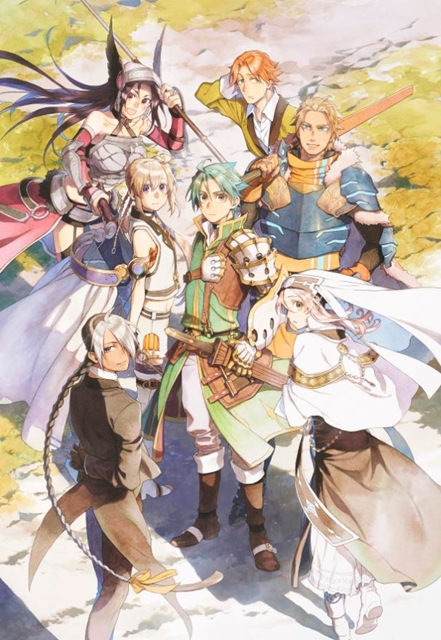 Mamoru Hatakeyama (Sankarea: Undying Love, Hakkenden: Eight Dogs of the East) was tapped to direct the project at A-1 Pictures, with Hiroshi Yakou providing character designs. The team of Ryo Mizuno (Record of Lodoss War) and Shunsaku Yano will take charge of series composition.

Aniplex is producing the series.

Record of Grancrest War will hit Japanese TV in January 2018.

Record of Grancrest War is based on a light novel series by Record of Lodoss War creator Ryo Mizuno and illustrator Miyuu. The title began publication in 2013, under Fujimi Shobo’s Fujimi Fantasia Bunko imprint. nine volumes have been produced to date, with the most recent hitting stores on November 19.