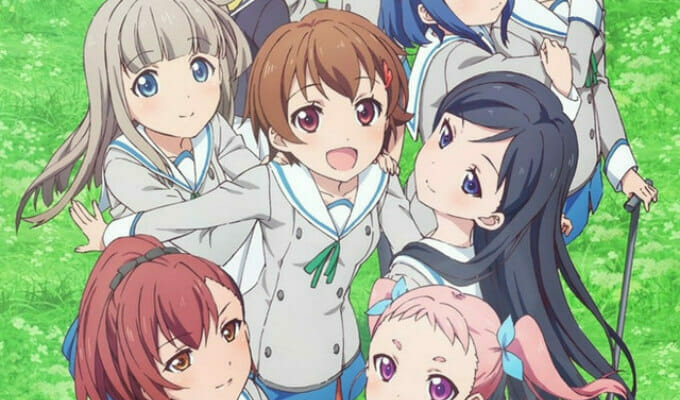 Now, before you ask, they aren’t cheering for fruit.

Earlier today, the official Action Heroine Cheer Fruits anime website updated with a new visual. The image features the major characters in-uniform, as they sit on a rooftop. 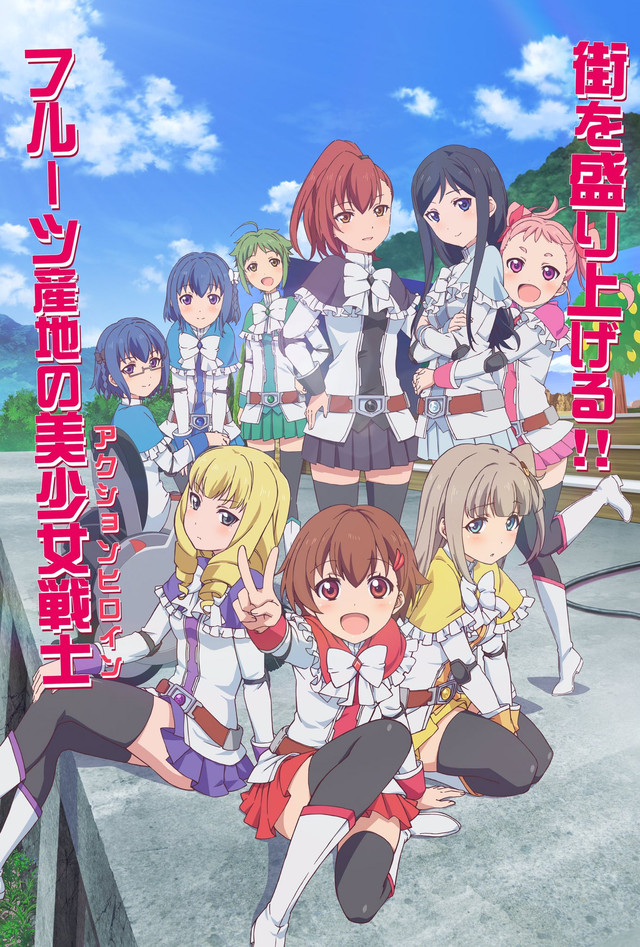 Action Heroine Cheer Fruits will début on Japanese TV on July 6. The show will air on the following networks:

An advance screening event is planned for July 2. As of press time, no details regarding the location and ticketing details are currently known, though all eight main cast members will attend as guests. 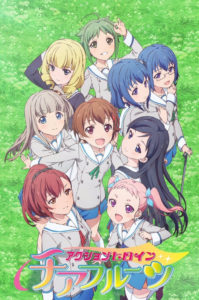 A promotional video was released when the show was unveiled. You can check it out below: 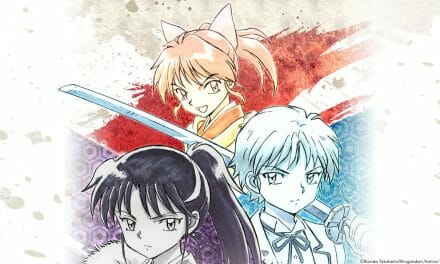