As they say, you can’t keep a good raunchy joke down. Well… unless you’re Japanese copyright law.

Earlier today, the official Mr. Osomatsu anime website updated with a visual for the show’s second season. The image features the Matsuno brothers skydiving above the city, as fireworks blast off below. The visual’s tagline reads “The six young men … return”, in a callback to the first season’s finale. 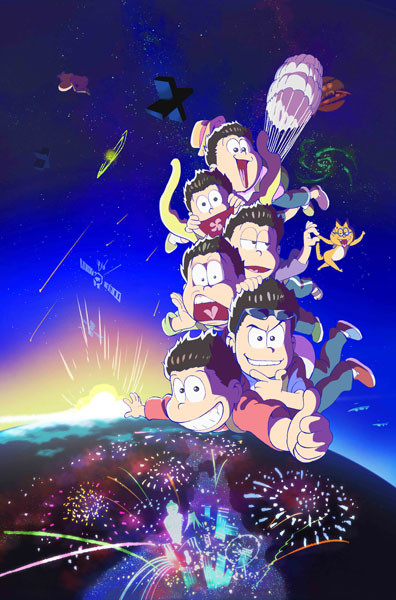 The site also reveals that the show will return in October, though a specific date has yet to be announced. TV Tokyo will carry the show, along with other networks that are unnamed as of press time.

Furthermore, the site updated with updates form the “Mr. Osomatsu Mosaic Art Campaign.” The show’s staff collected over two thousand pieces of fan art, and used them to create a mosaic version of the new visual. The mosaic will be displayed on digital signage in Tokyo’s JR Ikebukuro Station starting today.

Mr. Osomatsu‘s second season was officially unveiled in April, when Avex Pictures started streaming a short promo video. The news was inadvertently leaked in March, when retailer Rakuten teased a presentation of the announcement for Mr. Osomatsu‘s new season among the on-disc extras for the Mr. Osomatsu JRA Special 2016 Blu-Ray. 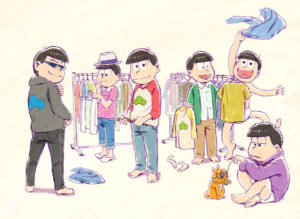