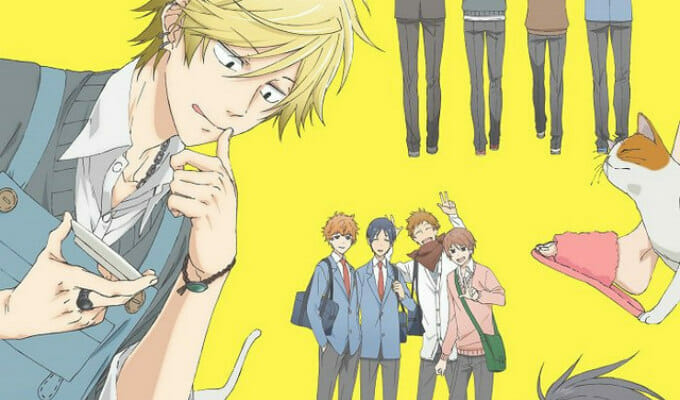 Not to be mistaken with My Hero Academia. Trust me – you’ll be a bit disappointed.

The minute-long promo offers a brief look at the show in action, as a narrator explains the show’s concept.

The new visual features the major cast members, set against a yellow background. 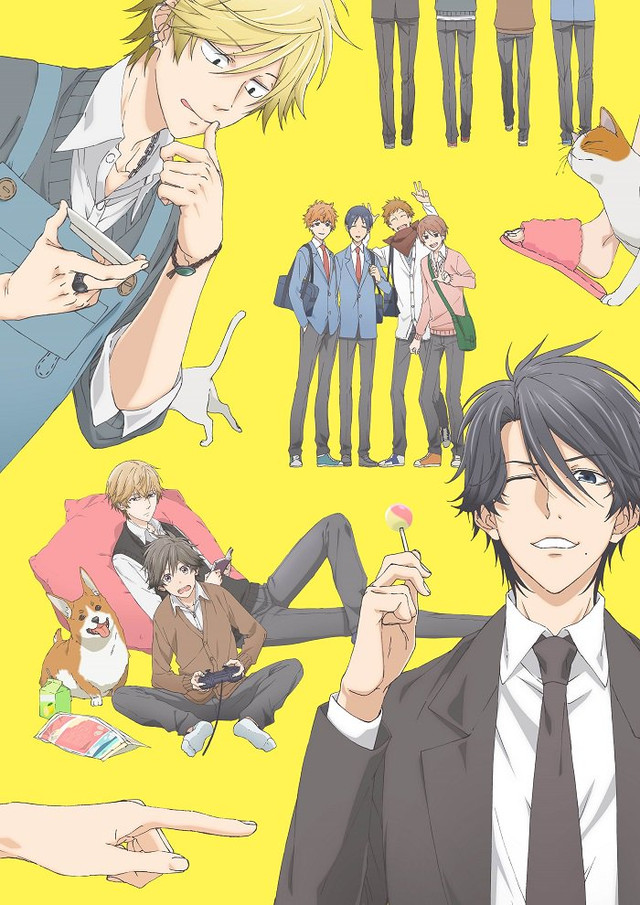 Hitorijime My Hero will premiere on July 8. Tokyo MX, AT-X, and BS-NTV will all carry the series.

The Hitorijime My Hero anime is based on Memeco Arii’s manga of the same name. Yukina Hiiro (Gakuen Heaven, Chu-Bra!!) is directing the project at Encourage Films, with Ayana Nishino providing character designs. Yūsei Naruse is in charge of series composition.

The Hitorijime My Hero manga began in the pages of Ichijinsha’s gateau magazine in 2012. The series currently spans five collected volumes, the most recent of which hit stores on July 15, 2016.