This first-time gal is getting a few new friends! 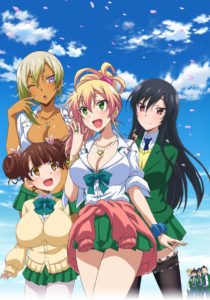 The Hajimete no Gal anime was first unveiled in November. The series is slated for a ten-episode run (plus an OVA) when it hits Japanese TV this summer. A batch of character design sheets were previously released to introduce the major cast members. You can check these out below: