It looks like we won’t be waiting four years for the adventures to continue.

Yesterday, during their industry panel at Anime Expo, Funimation revealed that Attack on Titan‘s third season is slated to premiere in Spring 2018. The hosts noted that this was a tentative date when they displayed the slide. 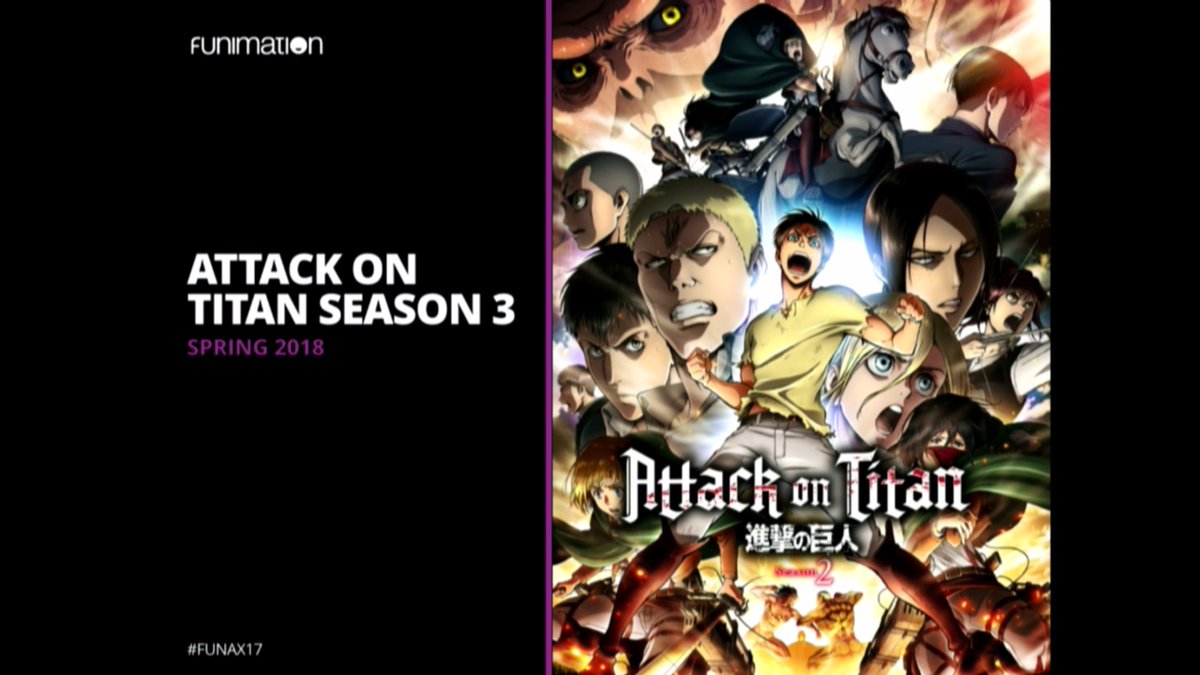