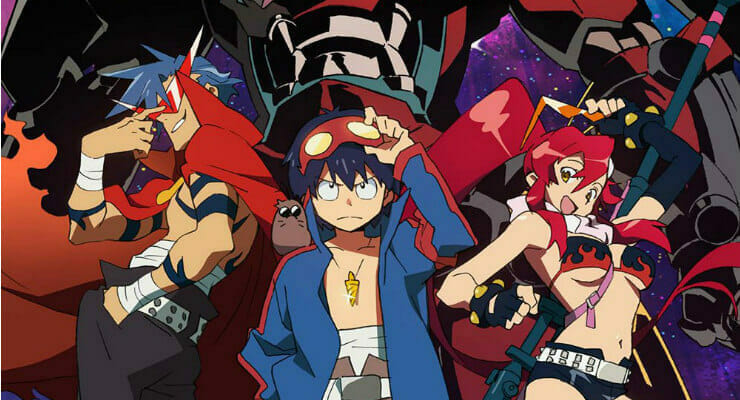 Remember that “Major Announcement” for Gurren Lagann a couple of days ago?

Yeah. Turns out it’s not so major.

Earlier today, the official Gurren Lagann Twitter account announced that a pair of Gurren Lagann Blu-Ray boxed sets will be released in Japan.

Both sets are slated to hit stores on November 11. 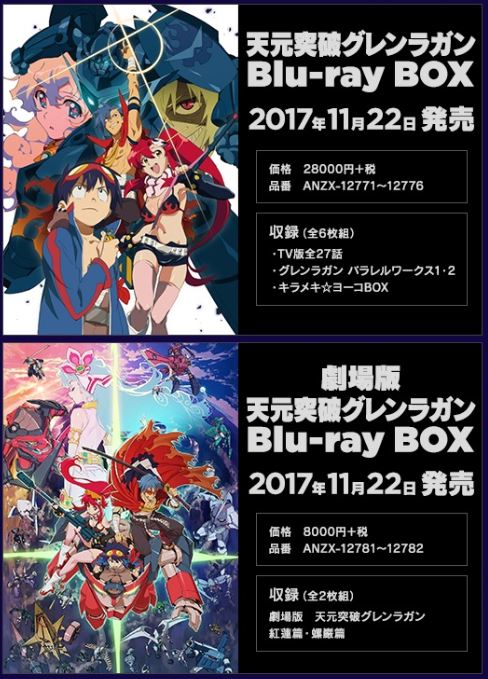 The reveal comes hot on the heals of a promise of a “Major Announcement” today, which was made on July 3.

ADV Films briefly held the rights to Gurren Lagann, in which they produced an English dub for the show’s earliest episodes. This did get pressed and sent out to industry press as screeners, though the release never shipped to retail. Rather, Bandai Entertainment would officially release the show in North America in 2008. 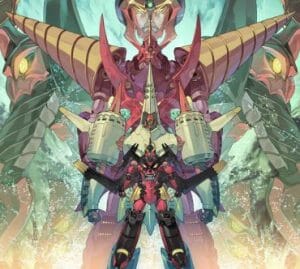 Aniplex of America currently holds the domestic rights to Gurren Lagann, which they describe as:

In the distant future, mankind has lived restlessly underground for hundreds of years, subject to earthquakes and cave-ins. Living in one such village are two young men: one named Simon who is shy and naïve, and the other named Kamina who believes in the existence of a “surface” world above their heads. The destiny of these two starts moving drastically when the ceiling of their village falls in, and a gigantic “Gunmen” and a beautiful girl named Yoko, wielding a superconductive rifle, come from the surface. Together, Kamina, Simon and Yoko ride the mecha “Lagann” that Simon digs out of the ground, and fly up to the surface!

Aniplex plans to release a complete collection for Gurren Lagann in August. 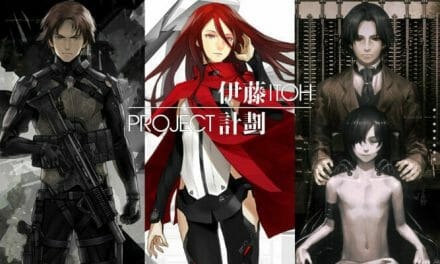