Honestly, all I can really say to this is “holy crap.”

Earlier today, Sony Pictures Television Networks announced that they will acquire a majority stake in Funimation. The company will purchase 95% of Funimation for $143 million. Funimation CEO Gen Fukunaga is expected to retain a minority stake in the company along with his position within the organization.

We believe Sony, Gen and his team are uniquely positioned to lead Funimation and its fans into an exciting and entertaining future. 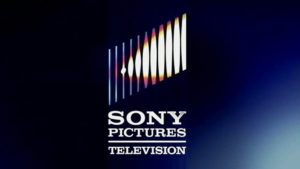 With the acquisition of Funimation, the combined [intellectual property] of Animax, Kids Station and Funimation allows us to deliver the best anime to fans across all screens and platforms,” Andy Kaplan, president of worldwide networks for Sony Pictures Television, said in a statement.

The agreement still needs to clear regulatory approvals, due diligence, and other conditions before the transaction can close. Funimation is valued at $150 million per the sales agreement. J.P. Morgan served as Funimation’s financial advisor during the negotiations, with Kelly Hart & Hallman taking on legal advisory duties. On Sony’s side, Gibson Dunn & Crutcher acted as legal advisors.

Sony DADC currently works with Funimation as a partner for Funimation’s streaming operations.

In May, Bloomberg reported that Sony was eyeing a possible bid to purchase Funimation. According to the previous report, Sony was one of two potential suitors, with the other being Universal Pictures.

Bloomberg reports that Funimation takes in over than $100 million in annual sales, and has exceeded 10% year-over-year-growth since 2013. In addition to DVD and Blu-Ray sales, Funimation’s operations include merchandising, the Funimation Films theatrical division, and streaming service FunimationNow. The company employs over 200 people across the globe, from Texas to New York and Japan.