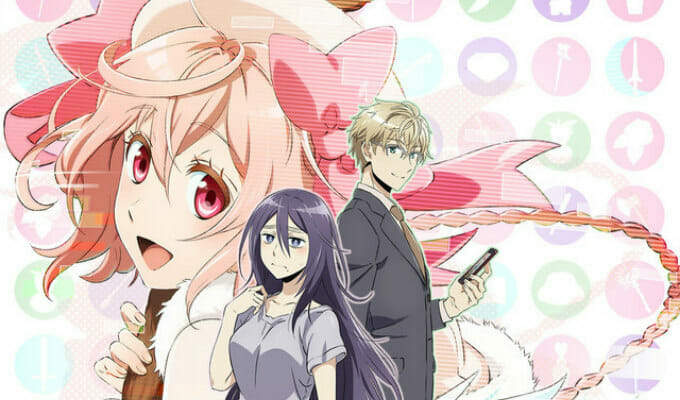 At least MMO recovery doesn’t give you the shakes?

Earlier today, Crunchyroll announced that they will stream Recovery of an MMO Junkie (Netojū no Susume / Recommendation of the Wonderful Virtual Life) as part of their Fall 2017 simulcast lineup. As of press time, the publisher hasn’t revealed specific regions or launch timing for the title. 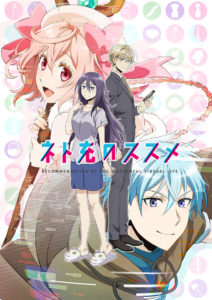 The series is based on Rin Kokuyo’s manga of the same name. Kazuyoshi Yaginuma (Digital Juice) is directing the show at Signal.MD, with Senbon Umishima (She and Her Cat -Everything Flows-, Black Bullet) providing character designs. Kazuyuki Fudeyasu (Monster Musume, Tantei Opera Milky Holmes) is in charge of series composition for the title.

Morioka Moriko (♀) is 30, single, and a NEET. She has dropped out of the real world. Searching for a safe place, the place she ended up… is the online world!!
“This world is crap.”
Morioka Moriko has become a complete NEET and in search for a more fulfilling life, she ends up travelling to the online world. The place she ended up was an online game.
In the world of this online game, Moriko starts a new life as a refreshing, handsome, young man with silky hair named Hayashi. However, she’s an obvious noob and ends up dying numerous times when a lovely girl named “Lily” lends her a helping hand.
“She’s an angel!”
After meeting Lily, she gains a trusted ally and her online gaming life becomes rather fulfilling. Meanwhile IRL, she ends up having a shocking encounter with a mysterious blonde-haired, blue-eyed, handsome, elite salaryman named Sakurai Yuuta.
After meeting him, the real world starts to change and starts effecting her online world as well?!
What will become of Moriko’s fulfilling online life?!
In search for true fulfillment…
You should log into this world where online and reality intersect!

The original Recovery of an MMO Junkie manga launched on the comico app in october 2013. Kadokawa Shoten published a pair of compiled volumes, with the most recent hitting stores in 2015. The series has been on hiatus due to poor health of series creator Rin Kokuyō.

A promotional teaser for the show hit the web earlier this month. You can check it out below: