So, today was pretty eventful for folks following the Aria Kickstarter…

Earlier today, Right Stuf published a new update to their ongoing Aria the Animation Kickstarter. In the post, the team announced that they acquired the license to Aria the Avvenire, and intend to produce a dub… if the next big Kickstarter stretch goal is met. 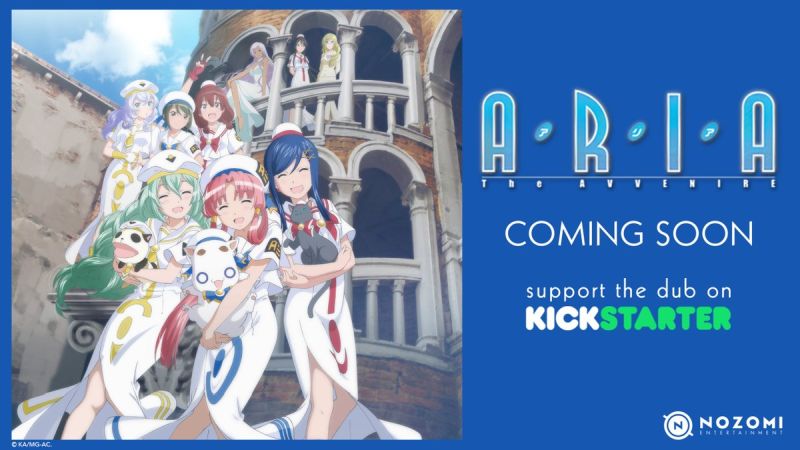 Right Stuf continued, noting that, if the ongoing Kickstarter reaches $360,000, the company will produce English dubs for the following:

There is also a goal beyond the $360,000 mark, which will include the Japanese commentary special for Aria the Avvenire as a Kickstarter exclusive extra.