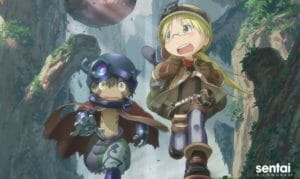 This lovely series is getting the send-off it deserves.

Yesterday, the Made In Abyss anime series’ official Twitter account announced that the show will receive an hour-long finale. The thirteenth and final episode will hit Japanese TV on September 29.

A preview event is planned for September 24. The show’s staff and cast are slated to attend the event.

Sentai Filmworks currently holds the rights to Made In Abyss, while HIDIVE streams the title as a simulcast. Sentai describes the show as: