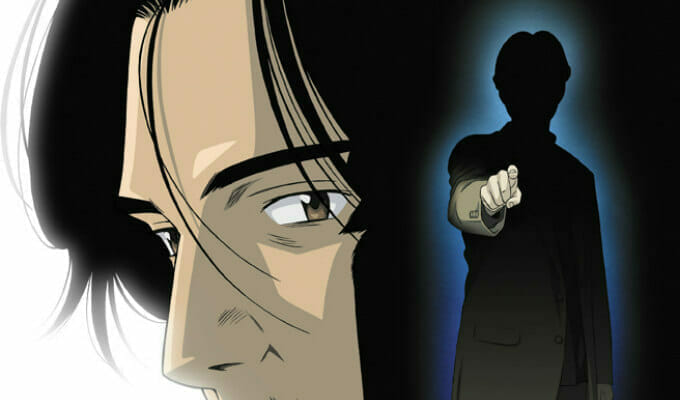 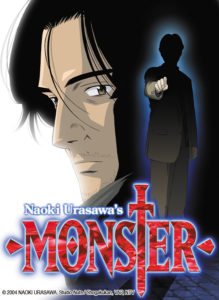 Note that this isn’t the kind of quagmire that goes “giggity.”

On August 29, Right Stuf President Shawne Kleckner hosted an AMA (short for “Ask Me Anything”) on Reddit’s r/animedubs board. Though much of the discussion focused on the ongoing Aria the Animation Kickstarter, user GNA92 asked about the possibility of scooping up the rights to Naoki Urasawa’s Monster anime. Kleckner responded that the series is stuck in a licensing quagmire that isn’t likely to be resolved anytime soon.

Viz Media first held the rights to the series, and released the first fifteen episodes on DVD in 2009. They dropped the show due to low sales, though, and never got past that first set. Siren Visual currently holds the Australian and New Zealand rights to the series, which they released in its entirety on DVD.

In 2009, New Line Cinema acquired the live-action film rights to the title, with plans to produce an adaptation for 2009. Josh Olson (A History of Violence, Infested) was writing the script, though the project ultimately disappeared from the public eye.

In 2013, Guillermo del Toro (Pan’s Labyrinth, Pacific Rim) revealed that he was working on a live-action version of the title for HBO. del Toro was developing the project with Steven Thompson (Sherlock, Dr. Who), and ultimately submitted a pilot script for review. In 2015, del Toro revealed that HBO declined the project, though several scripts were finished, and they would shop the project out to other networks.

Monster is a 2004 adaptation of Naoki Urasawa’s manga of the same name. Masayuki Kojima (Made in Abyss, Black Bullet) directed the project at Madhouse, with Shigeru Fujita (The Piano Forest, Tenkai Knights) providing character designs. Tatsuhiko Urahata (Gunslinger Girl: Il Teatrino, Tsuredure Children) was in charge of series composition for the project.

Everyone faces uncertainty at some point in their lives. Even a brilliant surgeon like Kenzo Tenma is no exception. But there’s no way he could have known that his decision to stop chasing professional success and instead concentrate on his oath to save peoples’ lives would result in the birth of an abomination. The questions of good and evil now take on a terrifyingly real dimension.

Years later, in Germany during the tumultuous post-reunification period, middle-aged childless couples are being killed one after another. The serial killer’s identity is known. The reasons why he kills are not. Dr. Tenma sets out on a journey to find the killer’s twin sister, who may hold some clues to solving the enigma of the “Monster.”