You’re all gonna be in this experimental film, and even though I can’t explain it, I already know how great it is!

Shaft started streaming the episode to help promote the upcoming Prism Nana stage adaptation. The play will be shown at Tokyo’s Sunshine Theatre from September 13-18. 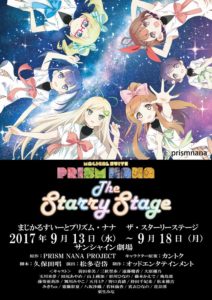 Prism Nana is a seven-episode project, which will feature a new writer and director for each episode. The series will focus on the “star system”, in which the same characters appear in an episode, but the team has complete freedom in how the episodes play out sylistically and storywise.