We’re getting a fleeting glimpse into this next chapter of Gintoki’s story.

Earlier today, the official Gintama anime website updated with a new key visual. The image, which promotes the upcoming “Porori Arc”, features Gintoki and a smattering of photos of characters from the series. 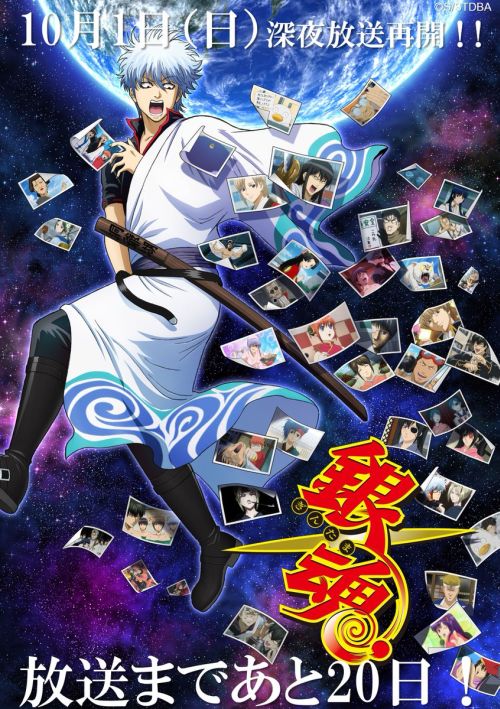 Gintama returns to Japanese TV on October 1. The broadcast schedule is as follows:

Blue Encount, who performed season 4 opener DayxDay, will return to perform theme song Vs. for the new season.