To Sleep, Perchance to Dream: An Evening at Four Nights of Dream

I was lucky enough to be able to attend the opera Four Nights of Dream at the Japan Society in New York. Four Nights of Dream is based on Natsume Sōseki’s work Ten Nights of Dreams. As Moto Osada himself admitted, it is not a very operatic work, so it required some creativity to bring to the stage. I’ll cover the four dreams, in the order they were presented on stage.

Act One (The second night in Sōseki’s novel):

We begin with a frustrated samurai, played by Makoto Winkler. The samurai has been mocked by a priest for failing to achieve enlightenment. The priest has said no true samurai would fail in that task.

To the samurai, enlightenment is connected to nothingness. Here, Sōseki references Chinese philosophy. On stage, we see the samurai examine his dagger, vent his frustration, and contemplate the meaning of his existence. Sōseki had studied Greek, French, and British philosophy in addition to Chinese. I was reminded of Descartes Meditations. Sōseki was familiar the concept of the dream argument. Mind you, the samurai was not concerned with being deceived. He simply wanted to experience nothingness. It was a tremendous first act. Ken-David Masur’s direction of Moto Osada’s score set the tone beautifully. It was dark, haunting, and somewhat wild. Dreams are not well-ordered things, nor are they predictable. Just as it was not an easy opera to write, it could not have been easy to score.

Over the course of the scene, the samurai does achieve a measure of wisdom. However, he remains frustrated because the knowledge he finds is not that of nothingness. In the end, the clock chimes, the dagger shines, and the scene ends. Thus is the nature of dreams.

Let me set the stage as best I can. We begin with a conversation between two friends. I cannot recall if their characters were named (they were played by Marisa Karchin and Christopher Sokolowski). They are discussing their friend Shōtarō (played by Jesse Malgieri).

Shōtarō is an affable fellow, though perhaps a bit naive. He likes to sit out in his Panama hat and watch the ladies of the fruit market. One such lady purchases a very large basket of fruit, and is struggling to lift it. Shōtarō gallantly offers to carry it for her. She leads him up a mountain. Once they have reached a plateau near the top of the mountain, she thanks him and asks that he throw himself off the precipice. His eyes go wide as he examines the leap and says he must refuse her request, as he cannot see the bottom. She warns Shōtarō that if he does not jump, he is fated to be licked by a pig.

Here I need to pause and note four things:

1. Gloria Park did a masterful job here. Her role is complex. She must warn Shōtarō, but not show any actual concern for him. Most importantly, she must be self-absorbed and draw Shōtarō’s attention, while never paying attention to him.

2. Tony award winning set designer Mimi Lien put together a modular stage. For the samurai, it was a raised seating area. Here, it became steps and a set of ramps. Restrictions breed creativity, and this was quite creative indeed.

3. Oana Botez’s costuming was wonderful. It was notable in both the first and second acts. It was the first thing that impressed me about the overall performance.

4. Shōtarō was very fashionable. In addition to his Panama hat, he had a cane as per the fashion of the day. This will become very important.

Now, as we left off, Shōtarō was faced with a very unpleasant choice: Jump to his death, or be fated to be licked by a pig. After again rejecting the suggestion to jump, we are introduced to the pigs. One by one they trundle up the mountain, only to be swatted off the precipice by Shōtarō via his cane. Like Sisyphus, they refuse to give up. Pig after pig is batted down until finally Shōtarō’s strength fails him. In the end, he is indeed licked by a pig. To the characters in the dream, this is taken as admonishment that perhaps Shōtarō shouldn’t spend so much time watching women.

I know this scene sounds silly. It is, after all, a dream about a man who has watched countless women being forced to unsuccessfully fend of countless pigs. I wonder if perhaps Sōseki was trying to tell us something…

No matter. This was the strongest of the four acts, succeeding on every level.

This is a dark tale. It begins off stage, with a man entering the theater from a side door. On his back is a metal wire pack, filled with lights. As he walks exceedingly slowly towards through the audience, we see the lights on his back are in the shape of a young child. In fact, the young child is six years old and blind. Yet somehow, the child speaks with the voice of an adult man.

The child also seems to know where they are heading, despite his blindness. Early in the scene, the child asks “Am I heavy, father?” His father replies, “No, you’re not heavy my son.” The child thinks about this for a bit before replying that, perhaps, his father will find him quite heavy very soon. I don’t want to give away the ending of this scene for anyone who will watch the opera or read the novel, but I will say this: Sōseki was quite right in suggesting that sometimes the weight we can no longer bear to carry weighs much heavier upon us after we put it down.

Have you ever known a love so deep that you would wait by your lover’s grave for one hundred years for her to return? As with the third act, I wish to avoid spoilers here. Sōseki was fascinated by love and haunted by death. Here, the modular set became steps that allowed the actors to walk throughout the stage, without being on the ground. As with the second act, it was an inspired design. The stage at the Japan Society in New York is of a different size and style than the stage in Japan, so I wonder what director Alec Duffy and set designer Mimi Lien (a husband and wife team) have in store.

Natsume Sōseki’s genius is difficult to capture outside of its original Japanese. He had studied French and English, but preferred his works to be read in the language they were written. It was only after his death that his popularity abroad soared. The genius of Satoshi Kon was more readily accessible in the West due to the worldwide popularity of anime. For Natsume Sōseki, one must do a bit more work to gain access to his sardonic wit, his sense of loneliness, or his imagination and sense of vision. Of course, one could just watch the movie…

A few final thoughts on the opera. I was taken aback at how young the orchestra was. The Tokyo Bunka Kaikan Chamber Orchestra was flown in from Japan. Despite their youth, they handled Moto Osada’s score flawlessly. I also haven’t yet spoken about singer Rocky Sellers. He sang well in backup in what was, in retrospect, a surprisingly small role. The opera simply didn’t have much need of his bass baritone skills.

I know some people who flew in from San Diego to see Four Nights of Dream. Sōseki operas don’t come around all that often. After the show there was a Q&A with the artists. Moto Osada discussed how difficult it was to put the opera Four Nights of Dream together. We don’t have the same kind of character development between acts that you’ll see in a traditional opera. What we do have is four visions of dreams play out on stage. It was a remarkable achievement, brought together with the work of an all-star team. Special thanks to the Japan Society and Tokyo Bunka Kaikan for co-producing Four Nights of Dream.

Defining a Vision of Progress 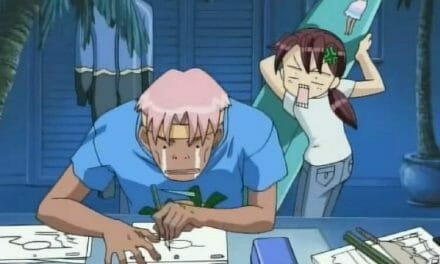