Ed and Al’s world is about to be seen in a whole new light.

Earlier today, Warner Brothers Japan started streaming a new trailer for their live-action Fullmetal Alchemist movie. The 90-second trailer features theme song Kimi no Soba ni Iru yo (I’m By Your Side) by Misia as a background track. 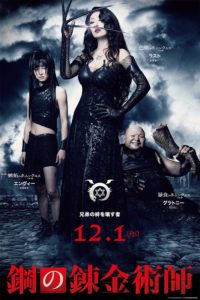