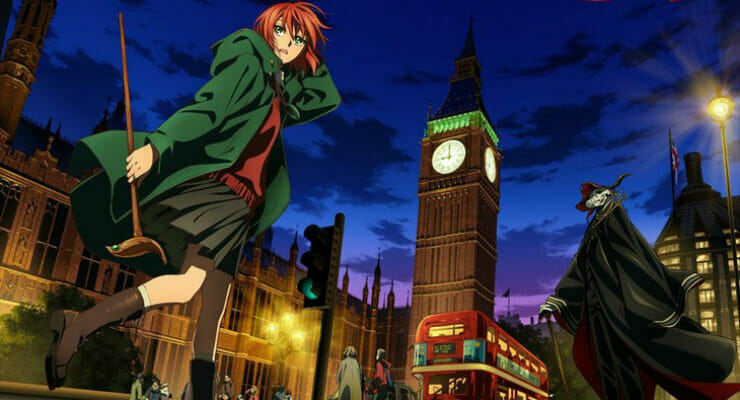 Prepare for critical mass, dub fans, because the SimulDub season is kicking off!

Earlier today, Funimation unveiled the premiere schedule for the majority of their Fall 2017 SimulDubs. The schedule is as follows:

All of the confirmed shows will première at 4:00PM Eastern (1:00PM Pacific). 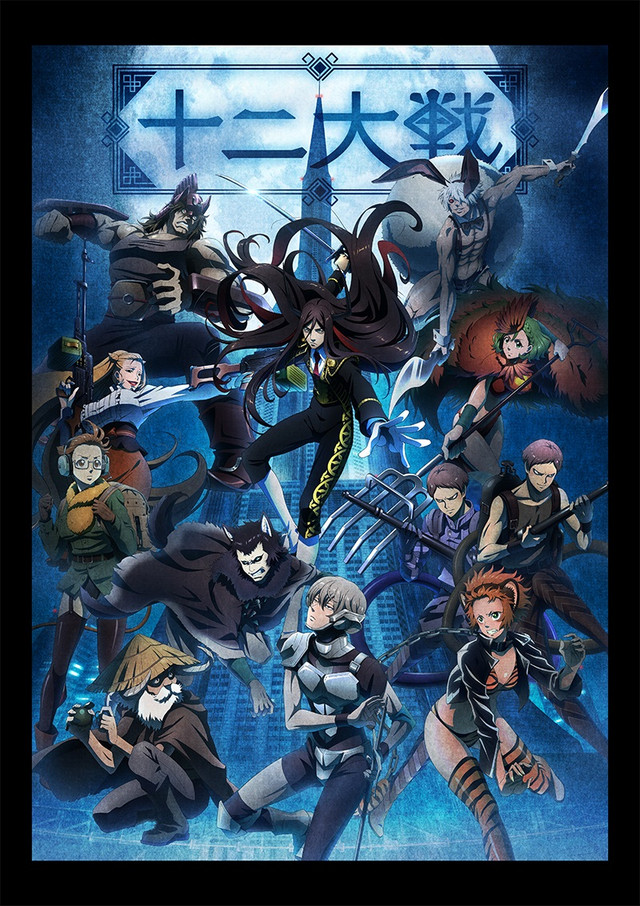 For one wish, they’ll risk it all. The time has come for the Twelve Tournament—held every twelve years. For twelve proud warriors, each baring a name from the Chinese Zodiac, they’ll prepare to fight in a bloody battle royal. The victor gets any one wish they desire, but they’ll have to do whatever it takes to earn it. Blood and tears will flow on this battlefield—who will be the lone survivor?

An omen awakens in a city that never sleeps. Caught in the resulting shadow war, two lives cross paths. While Sword seeks to expose this darkness, Sophie searches for her missing brother. Something more mysterious than fate has brought them together as they chase after their only clue, two words—El Dorado.

When a case of mistaken identity brings not-so-ordinary delivery boy Leonardo Watch face-to-face with this group, he joins their ranks hoping to help prevent the destruction of the world by a group of monsters and madmen lead by a powerful being known as the King of Despair.

One night, all 32 members of a high school class receive a text message on their cell phone. It welcomes them to a game where they are given specific tasks to carry out in a 24-hour period. The tasks seem simple at first, but soon the tasks go beyond what the kids are comfortable with. Furthermore, they learn that the cost of failure is death. Will they be able to find a way out before more die?

Tucked away in a village inhabited by yokai, there’s a beautiful hot spring inn waiting to greet travelers from all over. Working here are several cute fox mononoke, including their newest employee, Yuzu. Clumsy and a little oblivious, Yuzu is learning what it takes to work in this high-class inn while charming everyone around her! 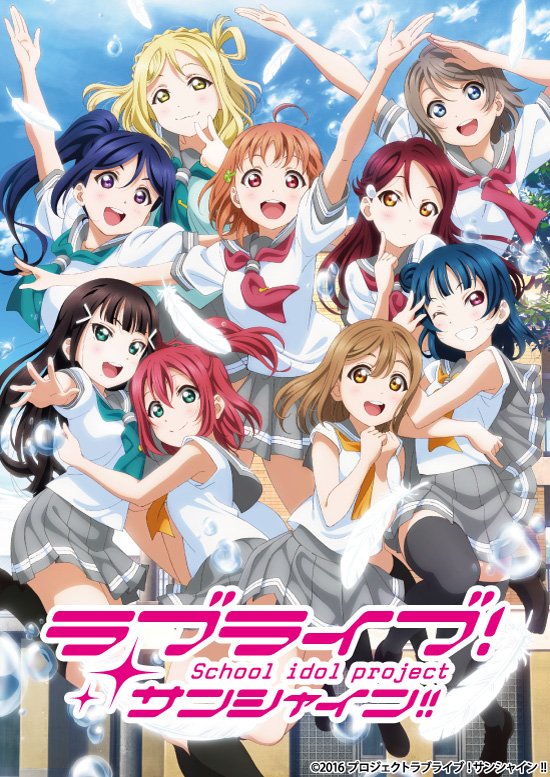 The girls of Aqours are back in Love Live! Sunshine!! Season Two! And they’re working harder than ever to make their shiny idol dreams come true. But first, they’ve gotta save their school from being shut down. And the only way to do so is to win big at the Love Live! Will they shine bright on the big stage or fall to the pressures of idolhood? 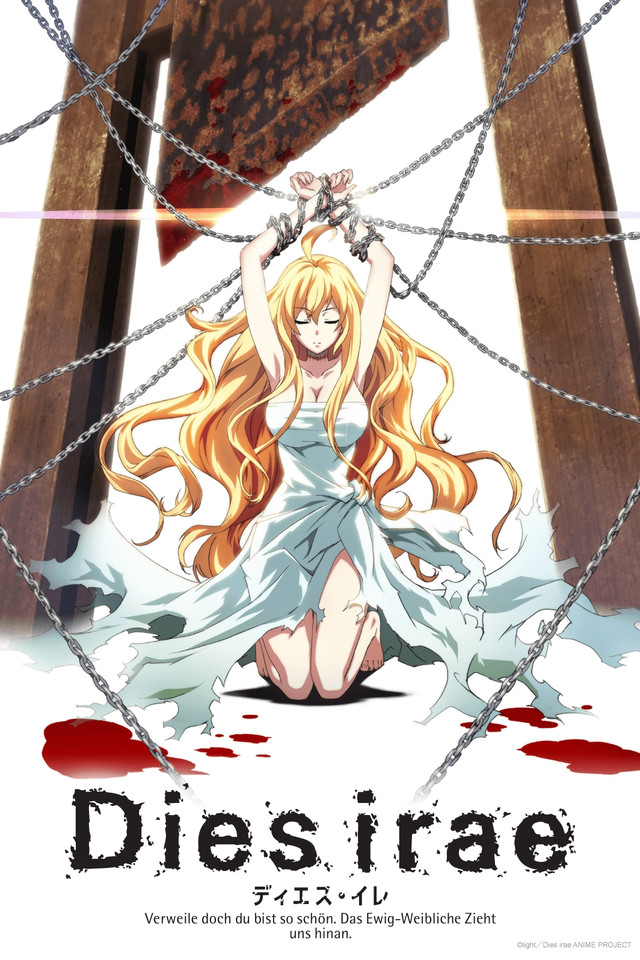 At the end of World War II, sorcerers use the lives lost in battle as a sacrifice to conduct a ritual. If successful, the ritual would resurrect a group of supermen whose coming would signify the world’s end. The war ends, and no one knows whether the ritual was a success. Decades pass, and it’s all forgotten until present-day Japan when Ren Fuji has a disturbing dream of black-clothed knights.

Japan’s fashion hotspot, Harajuku, is known for having some unusual visitors—but culture-thieving aliens from outer space? Well that’s just crossing the line! Banding together, three kawaii high school girls aren’t about to let anyone take away the beloved district where PARK, their new pop-up shop, has just opened for business! 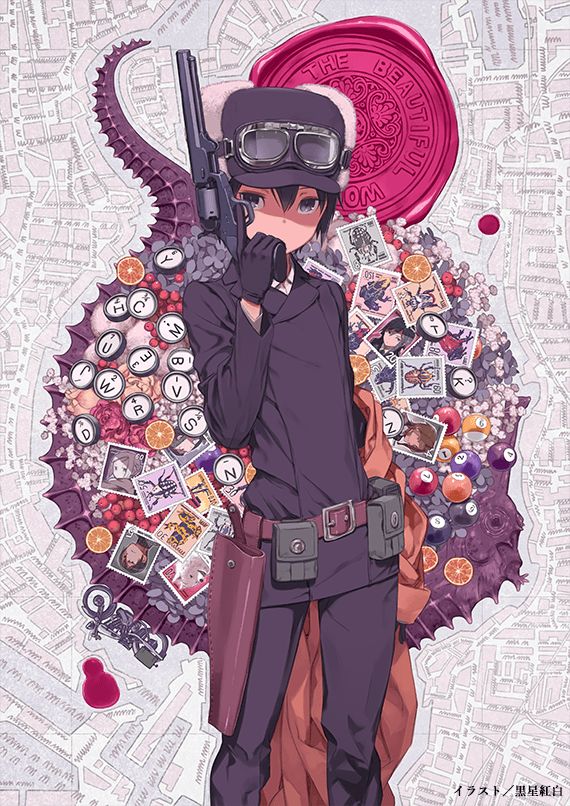 In an imperfect world, the stories make it beautiful. Meet Kino, a traveler exploring beyond her boundaries into unknown mystical places! With only her guns and talking motorcycle Hermes by her side, she learns about unique people and their customs through the fascinating stories they weave. But to see everything, she can only spare three days to each land before moving on to the next adventure.

Anime-Gataris is an original project from DMM Pictures. Kenshirō Morii (Nora, Princess, and Stray Cat, Wake Up, Girl Zoo!) is directing the project at Wao World, with so-shi providing character designs. Mitsutaka Hirota (Nanbaka, Sweetness & Lightning) is in charge of series composition for the project.

Even though Minoa Asagaya is a novice when it comes to anime, she’s recruited into her high school’s anime research club during her freshman year. She turns into an obsessed fan, and she and her friends constantly engage in rapid-fire banter about the latest shows. Despite the protests of the student council club and the imminent destruction of the world, there’s always time to chat about anime!

Cardia has spent her life locked away in solitude, hidden away from others due to a deadly poison residing inside her. But one day everything changes when the royal guards suddenly abduct her! Before she can despair, she’s rescued and swept away by Arsène Lupin, a dashing and chivalrous thief. Together, they travel to London to find her father and answers about her mysterious condition.

A Sister’s All You Need

Itsuki Hashima is a novelist whose life is constantly overcomplicated by a very deranged group of friends, including a lusty fellow writer, a big-sister type college classmate, a sadistic tax accountant, and his editor. The only source of stability in his life is his younger stepbrother Chihiro. But even Chihiro has a secret of his own.

Recovery of an MMO Junkie 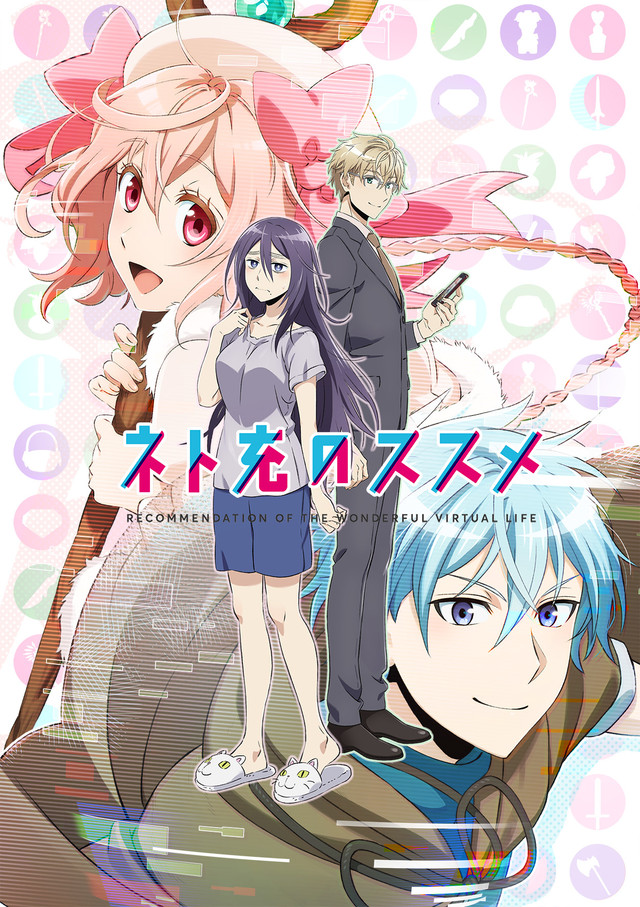 Recovery of an MMO Junkie is based on Rin Kokuyo’s manga of the same name. Kazuyoshi Yaginuma (Digital Juice) is directing the show at Signal.MD, with Senbon Umishima (She and Her Cat -Everything Flows-, Black Bullet) providing character designs. Kazuyuki Fudeyasu (Monster Musume, Tantei Opera Milky Holmes) is in charge of series composition for the title.

30-year-old Moriko Morioka has given up on reality! Forget dating and responsibilities—she’s escaping to the world of online gaming. Here, she starts a new life as the handsome character Hayashi who, while learning the game, receives help from a beauty named Lily. The longer she plays, the more attached she grows, and soon her online connection will lead to an exciting IRL encounter!