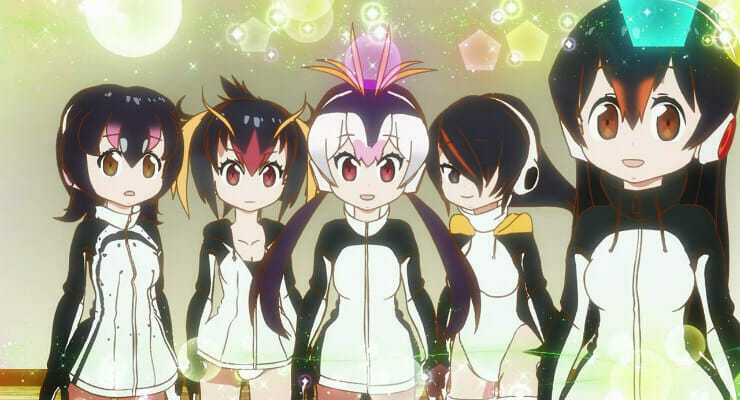 Happy Sunday everyone, and welcome to an all-new AniWeekly! Though the days are getting shorter and the weather’s getting a bit of a chill, the anime world continues to be as hot as ever.

Before we get to the big stuff, I’d like to take a moment to shed some light on the Herald Anime Club. This is our ongoing weekly series, in which our panel of team members digests and discusses a show from the season. This season, we’re discussing The Ancient Magus’ Bride: Mag Garden’s charming (and gorgeous) new series. Come for the discussions, stay for the screencaps.

With that said, let’s dive into the big stories from the week!

This one’s for you, Grape-kun. The big prevailing story last week hit on Wednesday, when internet icon Grape-kun passed away. As a reminder, Grape-kun was the penguin who fell in love with a standee of Kemono Friends character Hululu earlier this year. The event drew responses from across the web, including the Kemono Friends voice cast. The departed penguin received a truly special memorial yesterday, though, when a standee of Grape standing beside Hululu (drawn by Mine Yoshizaki) was erected in Tobu Zoo’s Humboldt Penguin habitat.

Nyo Nyo Nyo Nyo… oh no! In their latest financial briefing, Broccoli announced that they saw a 70% decline in profits, year over year to date. That’s… that’s not good.

Shogi’s a sport that requires concentration, dedication, and… harem action? A major info-dump for The Ryuo’s Work is Never Done! hit the web last week, which included new staff members, theme song details, and visuals. The show will be directed by Shinsuke Yanagi at Project No. 9.

Guess who’s back! Back again! A new teaser trailer for the first Peacemaker Kurogane movie, subtitled Omou-michi (Path of Thoughts), hit the web. The 45-second trailer was narrated by Yuki Kaji.

Be still… the basilisk draws near. Basilisk: Ōka Ninpōchō also saw an info-dump last week, with a key visual, along with the cast, crew, and première schedule. The series will be directed by Zenki director Junji Nishimura at Seven Arcs Pictures, when it hits Japanese TV in January.

So, what does Heaven feel like? A short teaser for the second Fate/stay night [Heaven’s Feel] movie was shown after the first film in theaters. The promo reveals that the upcoming sequel film will be titled Fate/stay night: Heaven’s Feel II. lost butterfly when it hits theaters in 2018.

This show! It was made for me! … drr… drr… drr… A new visual, as well as the first crew for Junji Ito Collection were officially unveiled. Shinobu Tagashira (Diabolik Lovers) is directing the project and producing the character designs at Studio Deen, with Kaoru Sawada taking charge of series composition.

Now that’s a name I haven’t heard in a long time! Media Blasters revealed that they will release classic boys’ love OVA Ai no Kusabi on HD Blu-Ray. The company is producing a dub, though details on casting, let along a release date have yet to be announced.

A new life, and a new light novel. J-Novel Club announced that they picked up the license for Otaku de Neet and illustrator Kurodeko’s Walking My Second Path in Life light novels. The title is their first acquisition from Earthstar Entertainment’s “Earthstar Novels” line, as well as their first series with a female protagonist.

A new challenger appears! A new trailer for Dagashi Kashi 2 hit the web. The short teaser introduces Hajime Owari, who is voiced by Chinatsu Akasaki in the series.

Down, but not out. Kemono Friends anime director TATSUKI took to Twitter to post an update on his current status. According to TATSUKI, he’s doing well (as is the Irodori team), and he’s ready to keep working in anime.

Bilibili Bilibili… Bloomberg reports that Chinese streaming service Bilibili is eyeing an Initial Public Offering (IPO) on a United States stock exchange. This could come as early as next year, raising over $200 million in funding for the streaming giant.

For those who don’t get the pun, check the video below.

Three projects, one visual… that’s a bold proposition, Geno. Geno Studios announced that they’re working on three TV anime projects. The studio showed off a visual for one of the projects, though they haven’t named or provided details on any of the works.

The passion of the Walküre. At a fan event, Macross creator Shoji Kawamori revealed new details on the upcoming Macross Delta movie. The film is officially titled Macross Delta the Movie: Passionate Walkūre, and slated for a February 9, 2018 premiere.

The Kickstarter Conumdrum. George from The Land of Obscusion did a fantastic deep dive into the world of anime Kickstarters. From Kick Heart to Skip Beat! and Aria, he breaks down the biggest wins and losses, and what this could mean for anime on Kickstarter as a whole. It’s a fantastic long read.

Fear is a Hell of a motivator. Lauren from Otaku Journalist published a personal piece, which revolves around a recent taping for Fox News. Through it all, though, she maintains a fantastic message: “be scared of something and do it anyway.” It’s advice that we all should heed in our lives, where it’s easy to coward out and keep in those places where we feel most comfortable.

A brief history lesson in women’s rights and trials. Chris Kincaid of Japan Powered takes a look at Japanese women’s history, highlighting the feminism movements and the homegrown misogyny that continues to lurk below the surface.

Good sushi is a true delight. That said, there are a lot of big “dos” and “don’ts” associated with sushi etiquette that aren’t immediately obvious. For those neophytes to the sushi world, world-famous chef Naomichi Yasuda is here to help. He walks through the various quirks and traditions that will help get the most out of the sushi-dining experience. 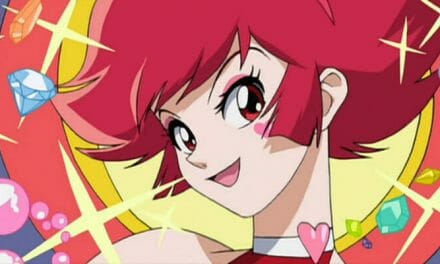