Don’t worry, this one won’t require crystals for the gacha.

Earlier today, the official Granblue Fantasy The Animation Twitter account announced that the show will receive a second season. As of press time, no details are known aside from the fact that it’ll be a TV series.

[Quick News] A “new TV anime series” based on Granblue Fantasy has been confirmed!

Please look forward for further information on the type of adventure we’ll go on next. 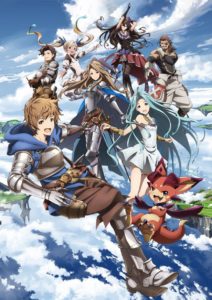 Granblue Fantasy the Animation aired in the Spring 2017 broadcast season.

The series is based on Cygames’ smartphone game of the same name. Yuuki Itoh (Magical Girl Lyrical Nanoha ViVid) directed the project at A-1 Pictures, with Toshifumi Akai (Magi: The Kingdom of Magic, Oreimo 2) providing character designs. Ayako Kurata was tapped as series director.

The show’s soundtrack was scored by the team of Nobuo Uematsu (Final Fantasy), Tsutomu Narita, and Yasunori Nishiki.