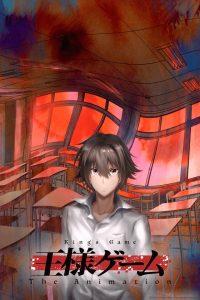 If someone asks if you want to play a game, you should promptly run screaming in the other direction.

One night, all 32 members of a high school class receive a text message on their cell phone. It welcomes them to a game where they are given specific tasks to carry out in a 24-hour period. The tasks seem simple at first, but soon the tasks go beyond what the kids are comfortable with. Furthermore, they learn that the cost of failure is death. Will they be able to find a way out before more die?