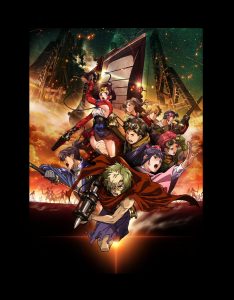 Funimation’s delivering a new treat for dub fans with this Kabaneri cast reveal!

Yesterday, Funimation revealed two new cast members for their Kabaneri of the Iron Fortress dub. The series will add the following: