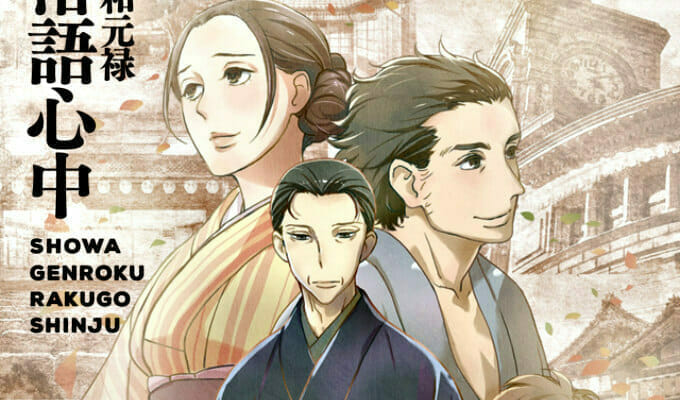 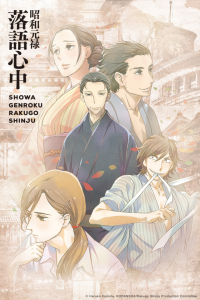 Sadly, the Showa era is over for the UK.

Anime Limited announced that they picked up the show in October 2016. The title dropped off the radar, though, shortly after the publisher confirmed Blu-Ray plans.

Crunchyroll streamed the series as a simulcast in the Winter 2016 season. They describe the show as follows:

Upon his release from prison, a man seeks out the famous comedic storyteller Yakumo after falling in love with his rendition of a story called “Shinigami.” Yakumo accepts the ex-convict as his apprentice, nicknaming him “Yotaro.” As Yotaro gets acclimated to his new life, he meets Konatsu, a girl in the care of Yakumo who wants to become a performer as well, but is unable to because she is a woman.