Earlier today, the official Yowamushi Pedal website updated with a new trailer for Yowamushi Pedal Glory Line. The 51-second teaser highlights fourteen characters who will appear in the season. 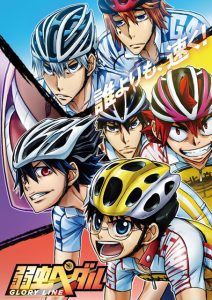